Everyone, meet Courtney and Shane. They are lovers of anything and everything Disney, fancy, and different. They’re also high school sweethearts. They moved to Kansas City together, after Courtney finished dental hygienist school. Shane proposed while they were at their favorite place in the world – Disney World. In front of the castle, of course. These two love to laugh, wear their hearts on their sleeves, and love to have a good time. They’re never afraid to be themselves, or to ask for what they want.

They lift each other up every time we’re with them, and they’ve always got each other’s back. It’s so clear from the way they love each other that Shane just wants Courtney to be happy, even if that means putting on a suit with skinny legs for pictures. It’s also so clear that there’s no one else for Courtney but Shane. These two are planning a wedding for the ages. One that we’re 100% sure that they, their families and friends will never, ever forget. With personal touches on everything from the custom made bridesmaid dresses, to their ring bearer pillow. We know that Courtney loves surprises, and don’t want to risk spilling any more beans than we already have.

For their engagement session, Courtney wanted different. That’s one of the reasons that she and Shane came to us. She wanted big and dramatic, with lots of color. (If you’ve been around here for even a little bit you know that’s all cool in our book.) She also wanted to hit up some of Kansas City’s iconic photo locations, but to put her own spin on things – at night. (Which you also know we’re down with.) Needless to say, we had an absolute BLAST with these two during their engagement session. They laughed so hard, twirled in circles, and even ran barefoot across the base of Liberty Memorial. These two let us try a few new things while we were at it. 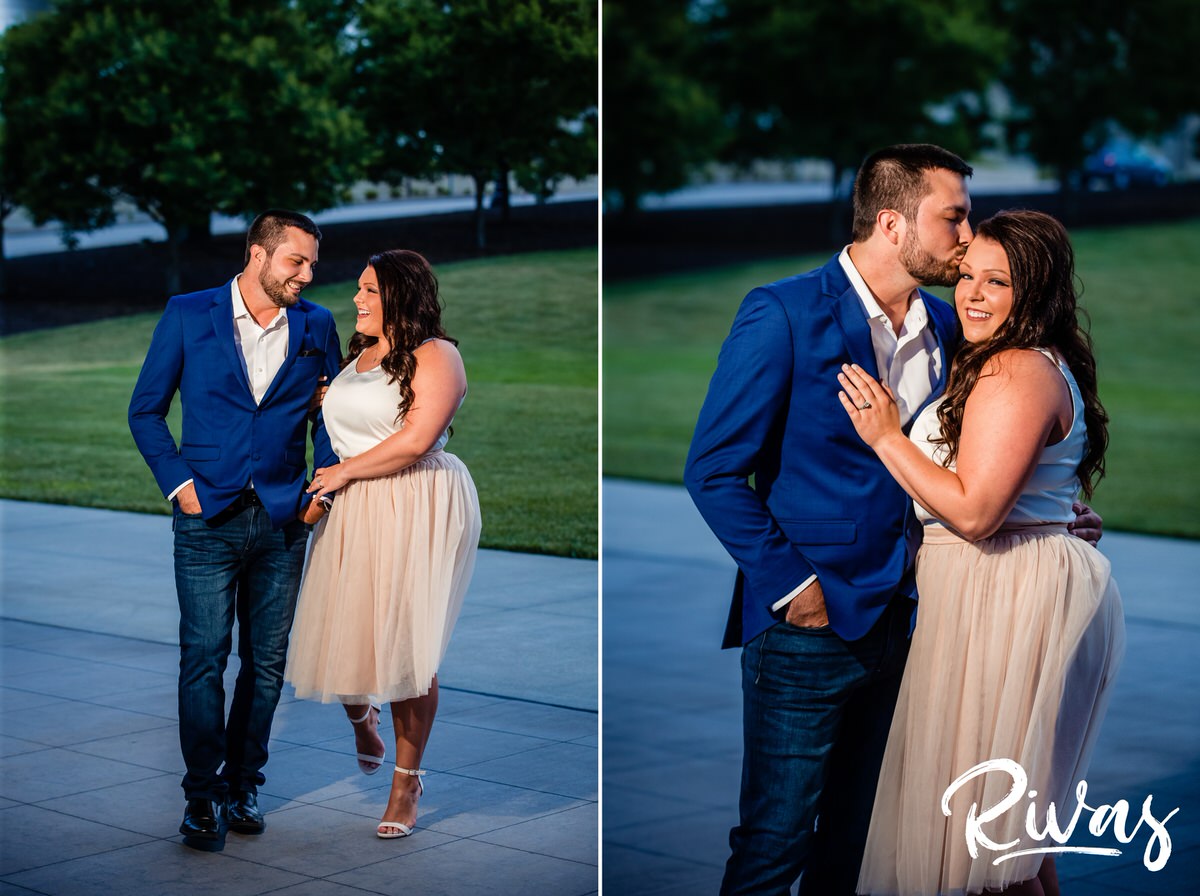 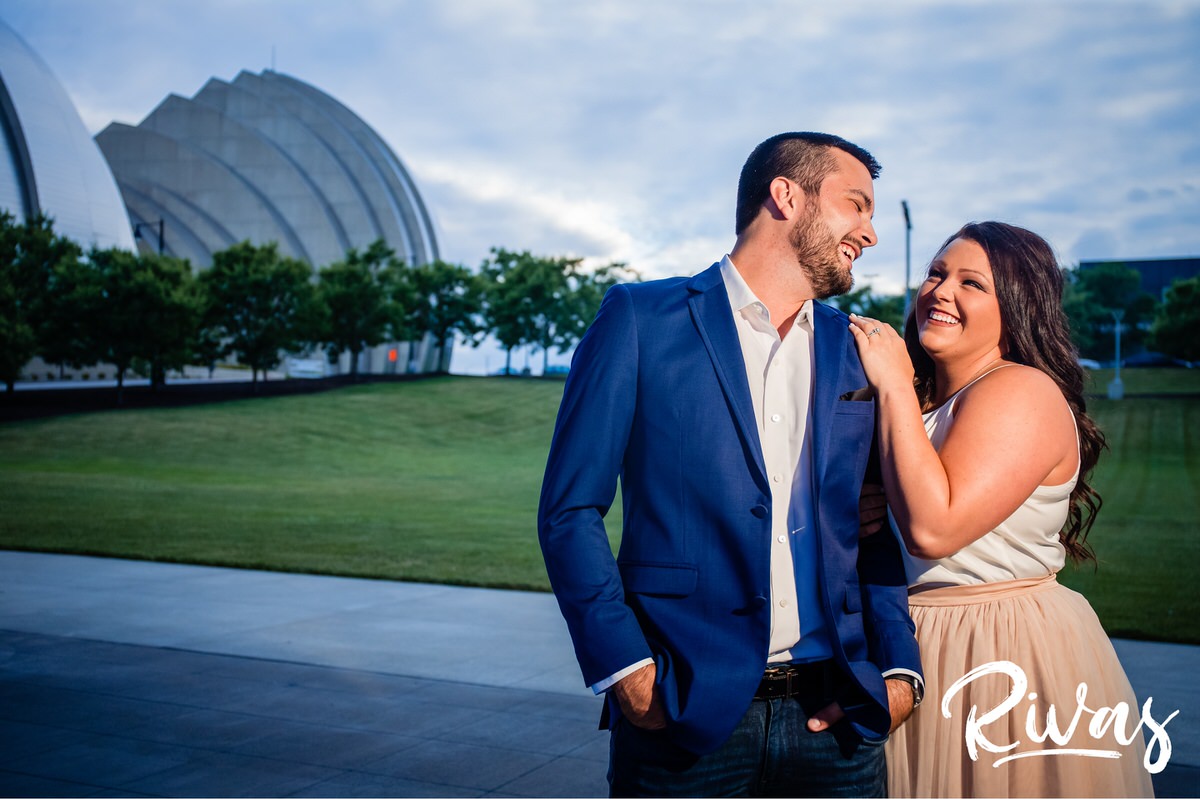 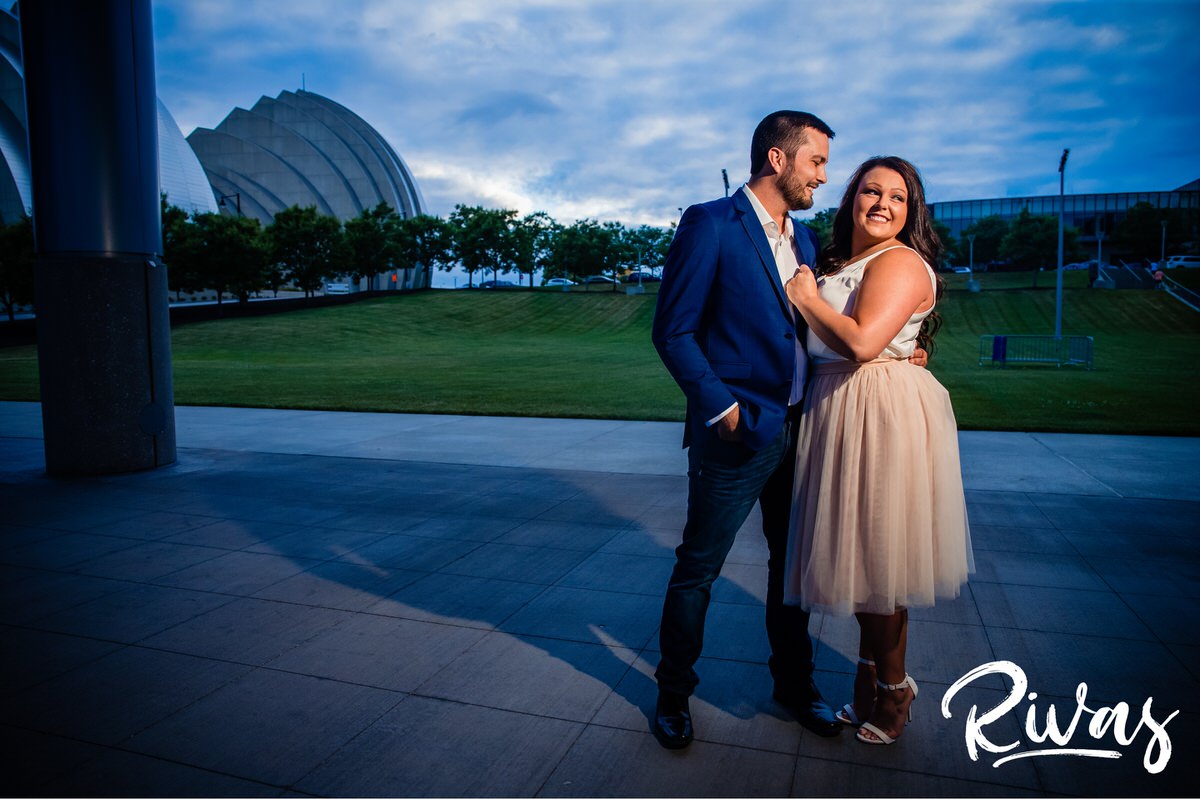 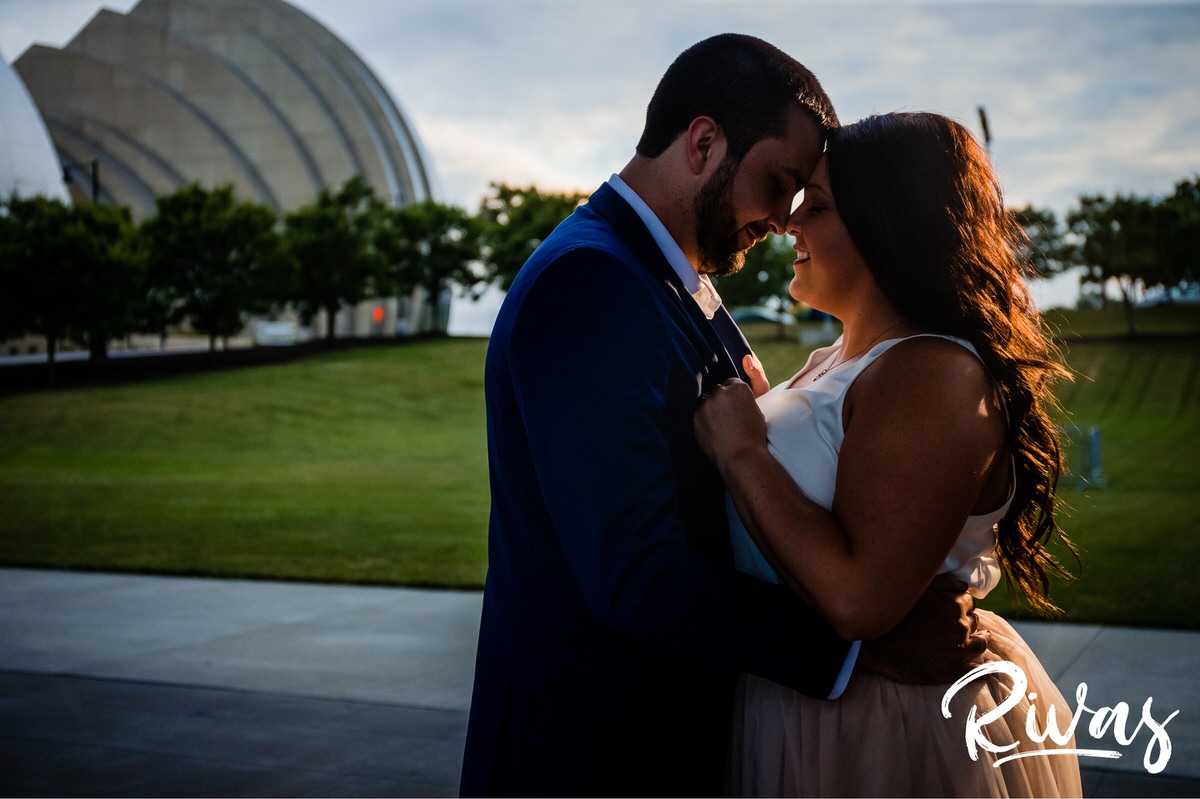 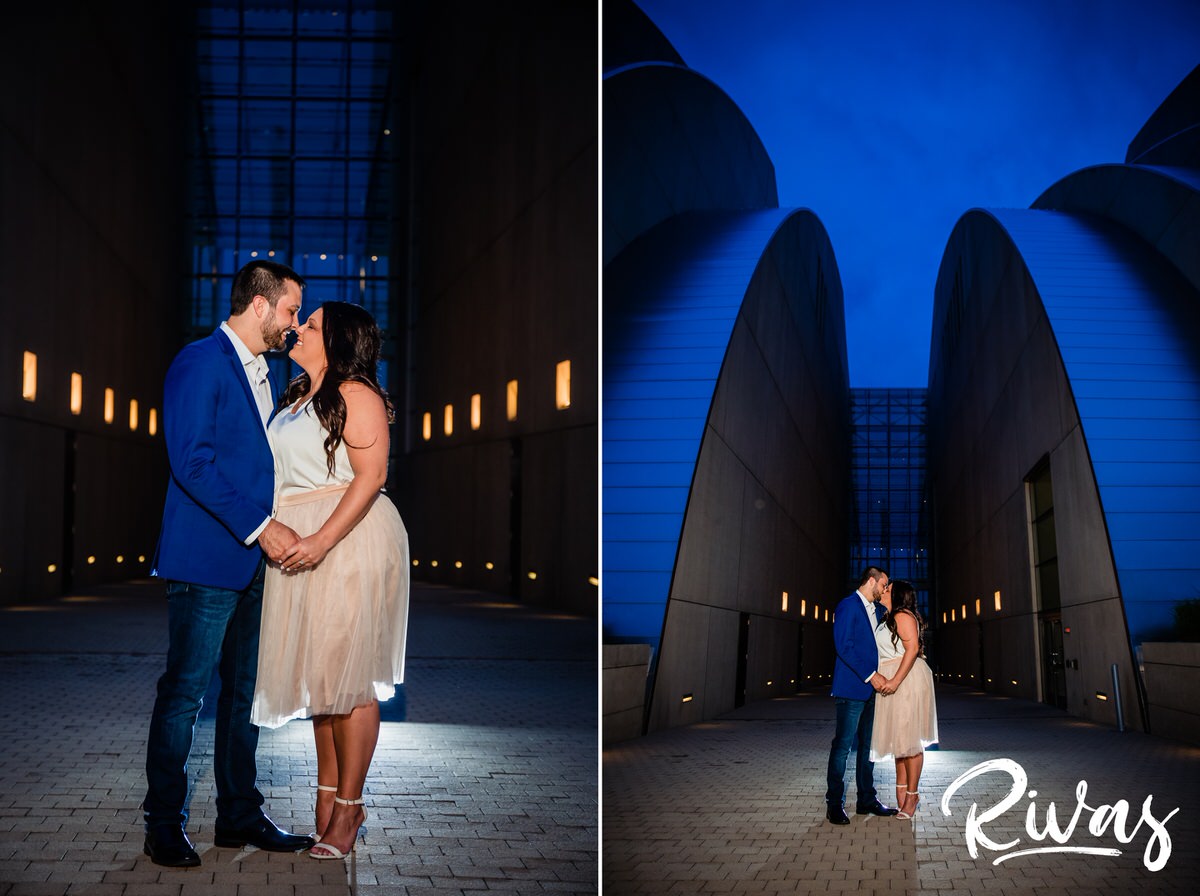 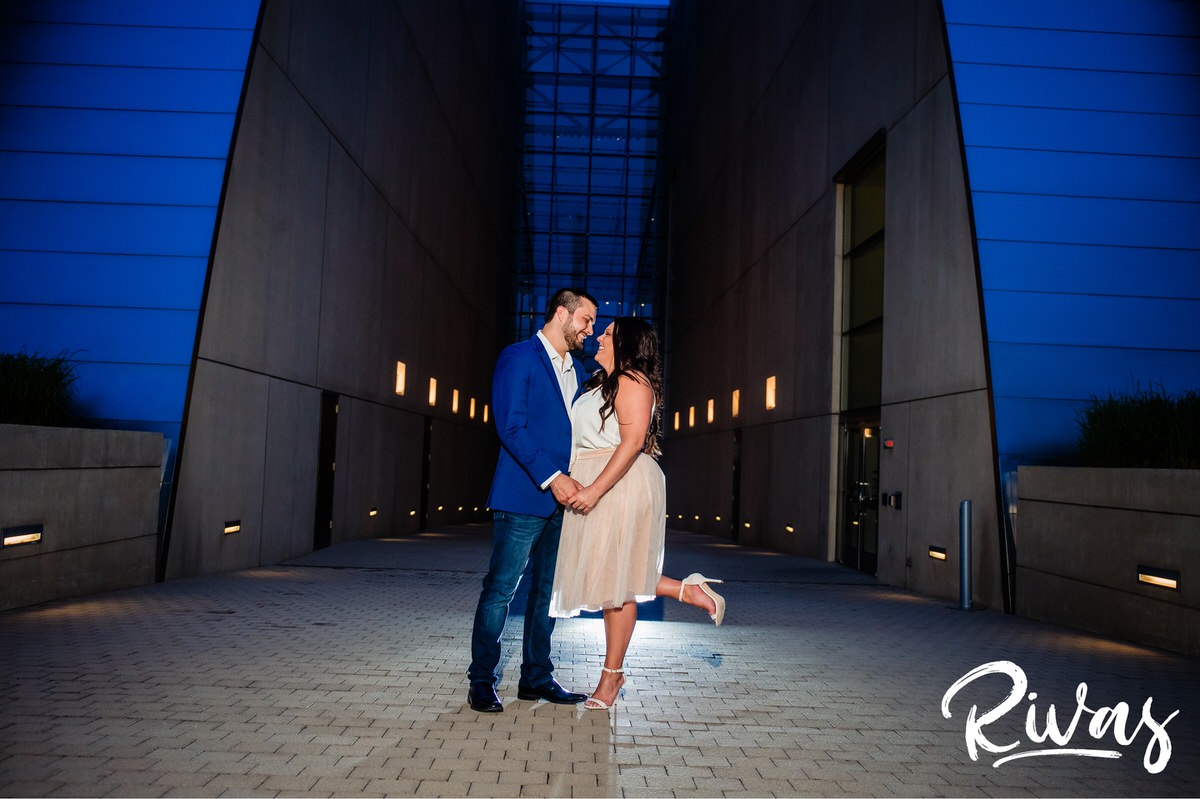 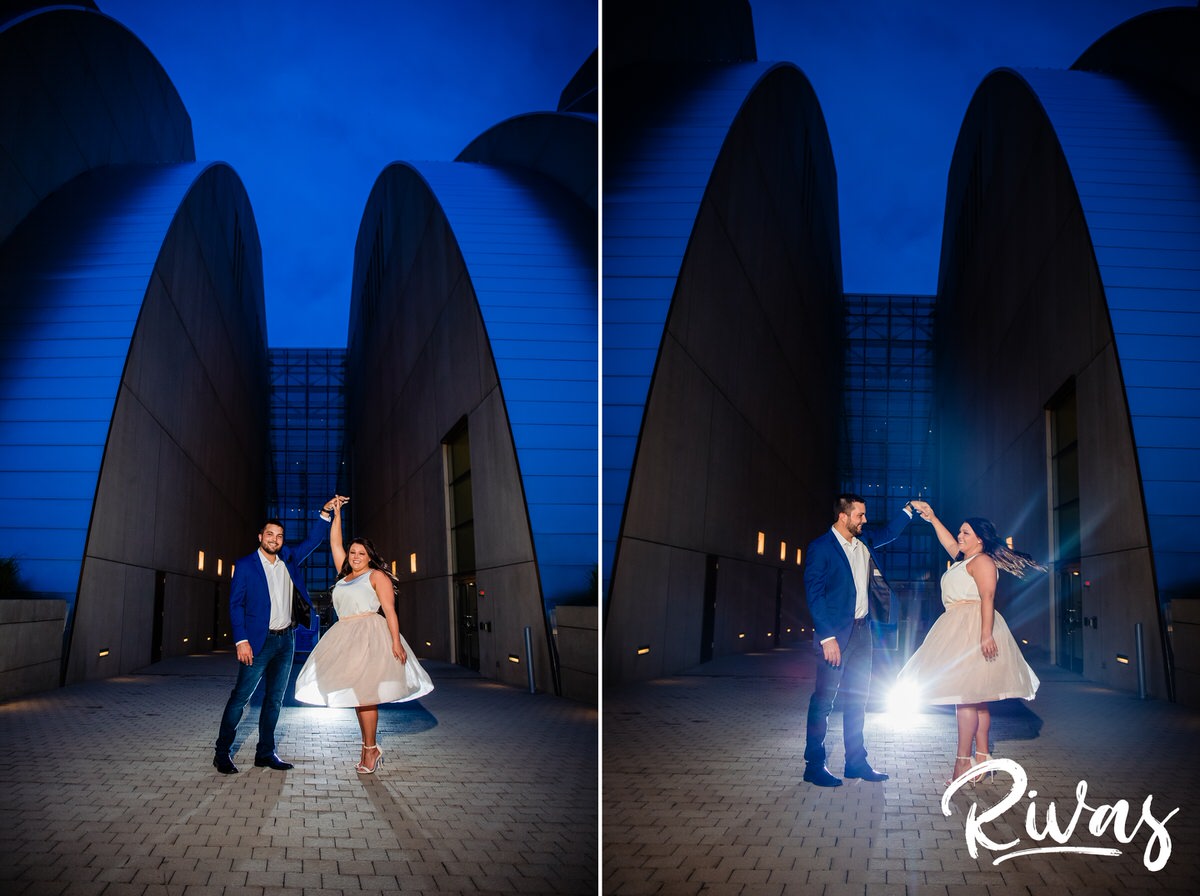 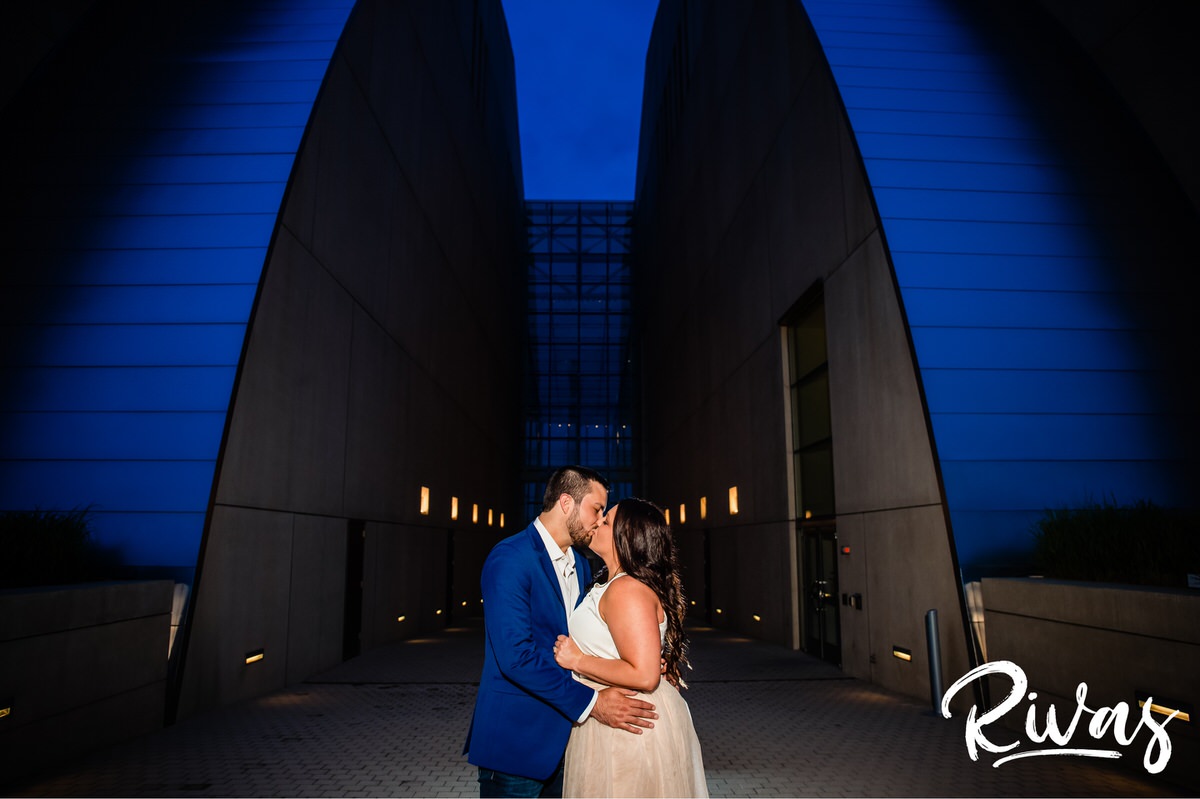 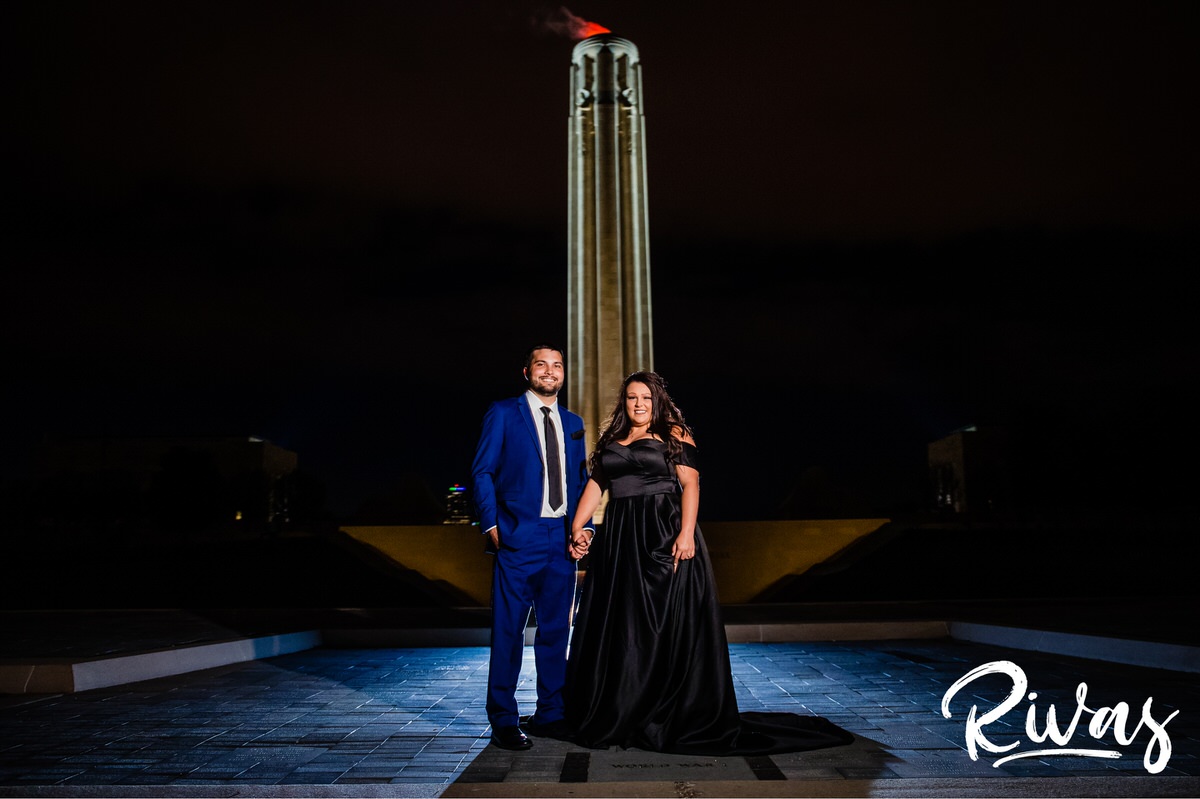 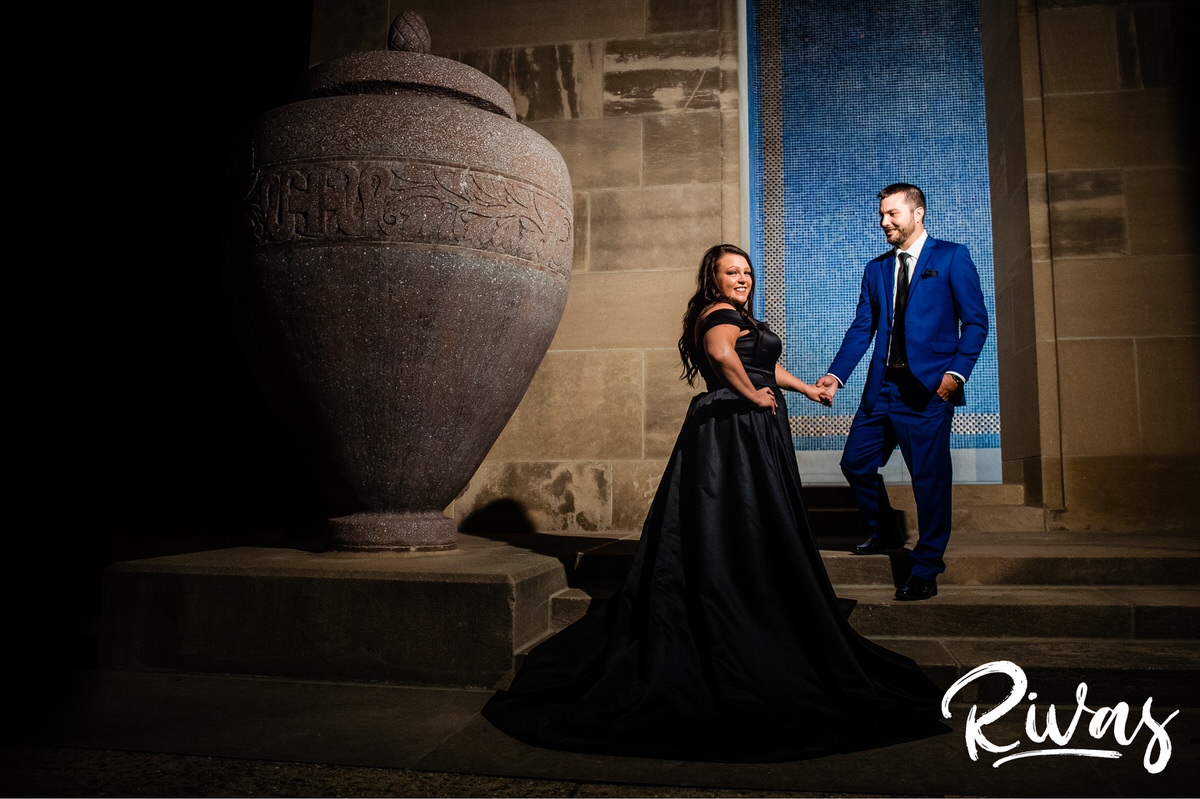 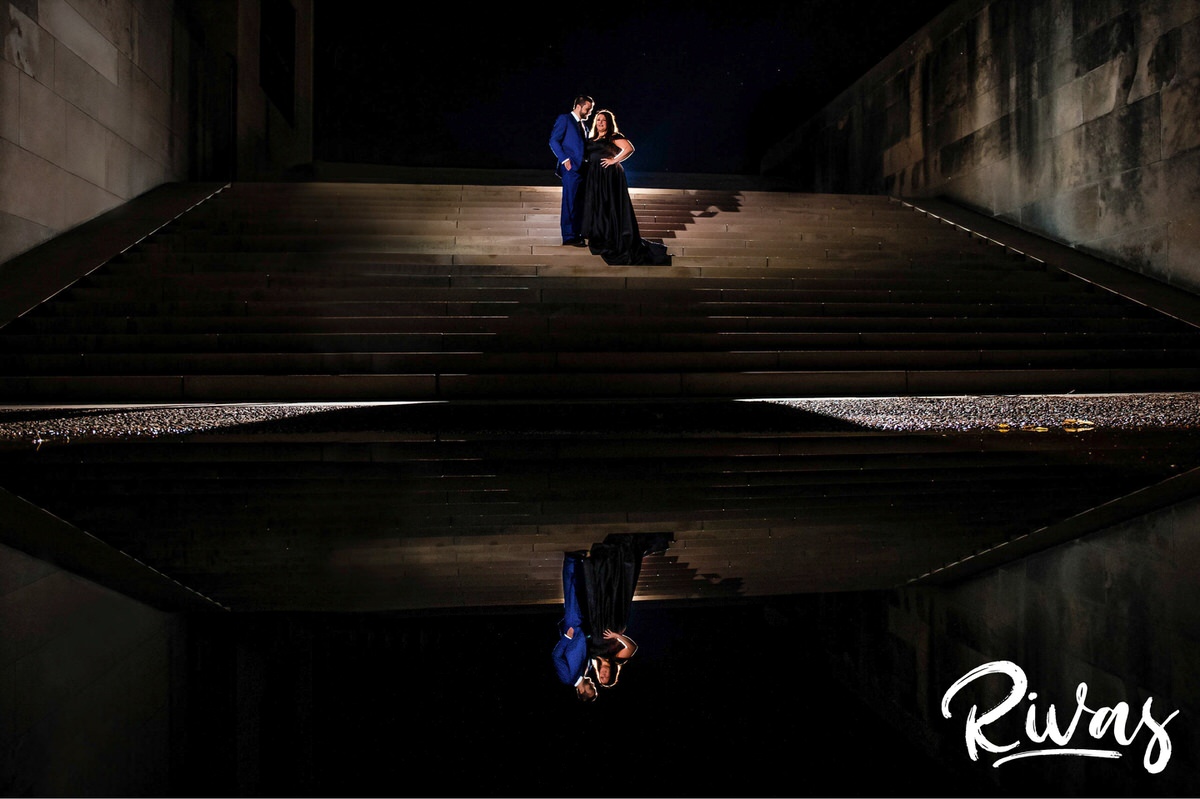 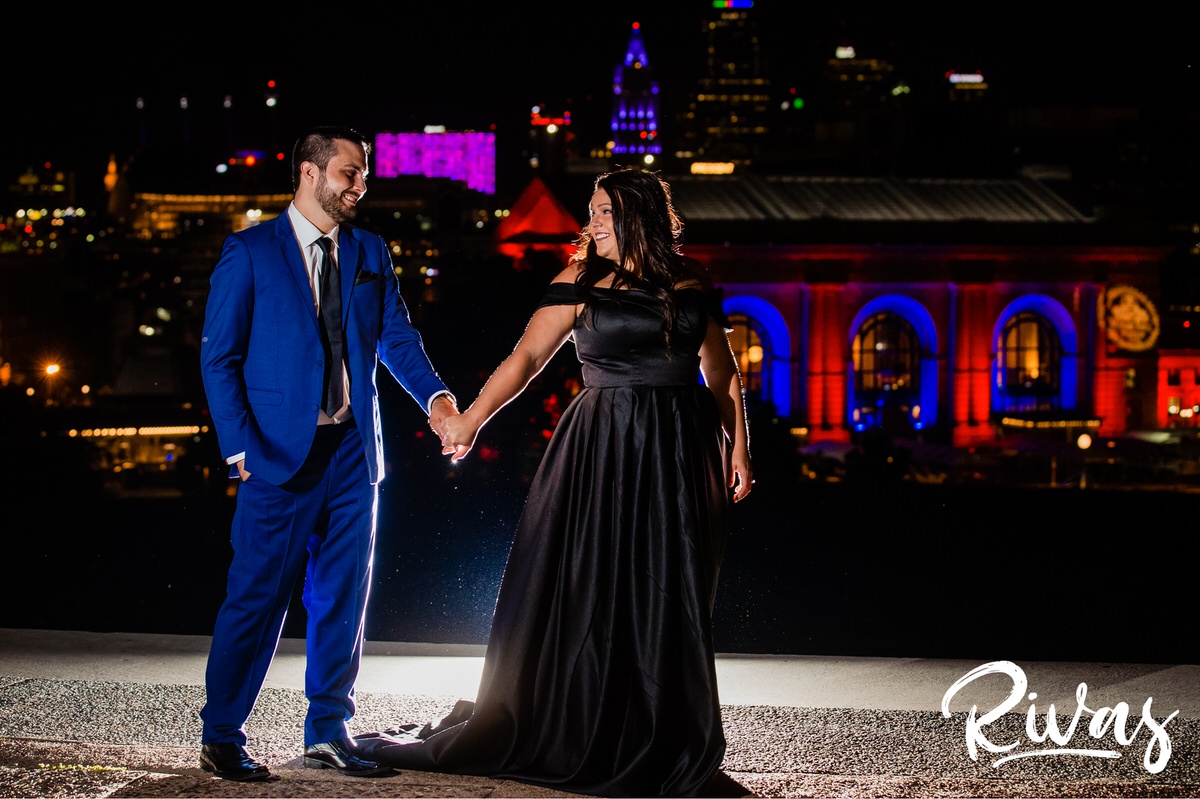 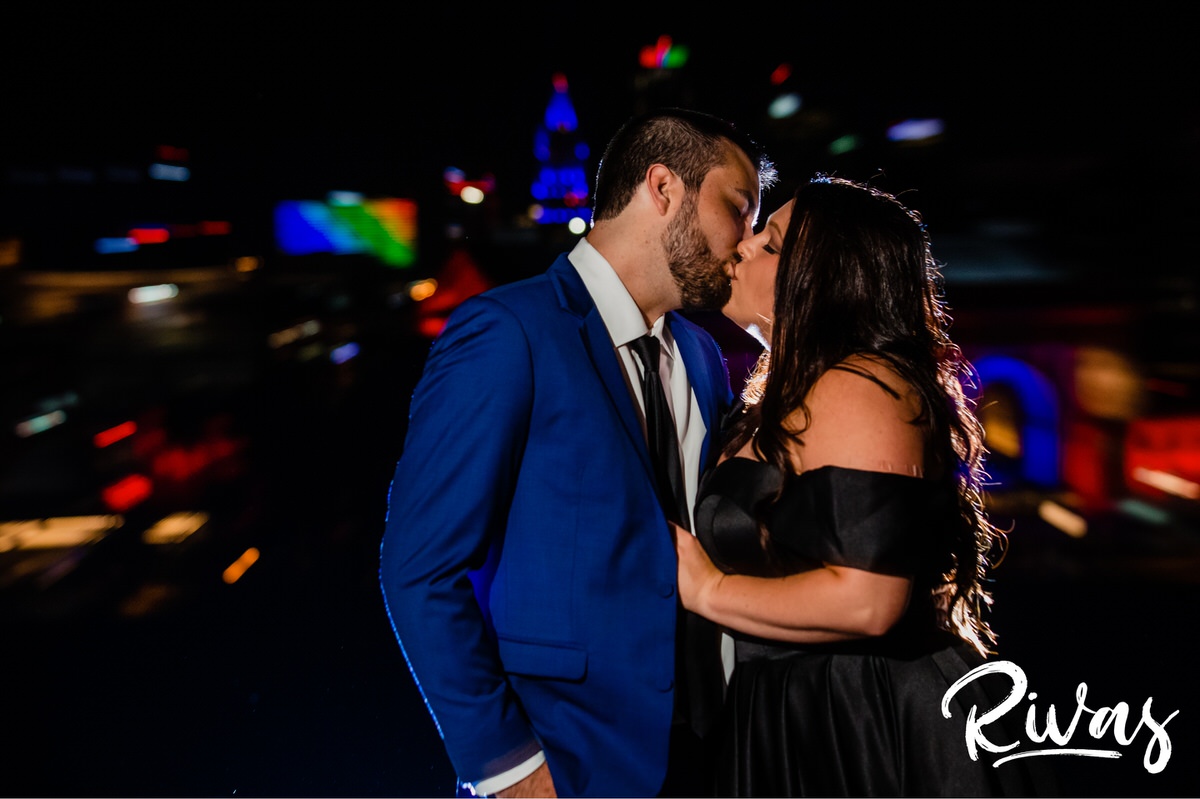 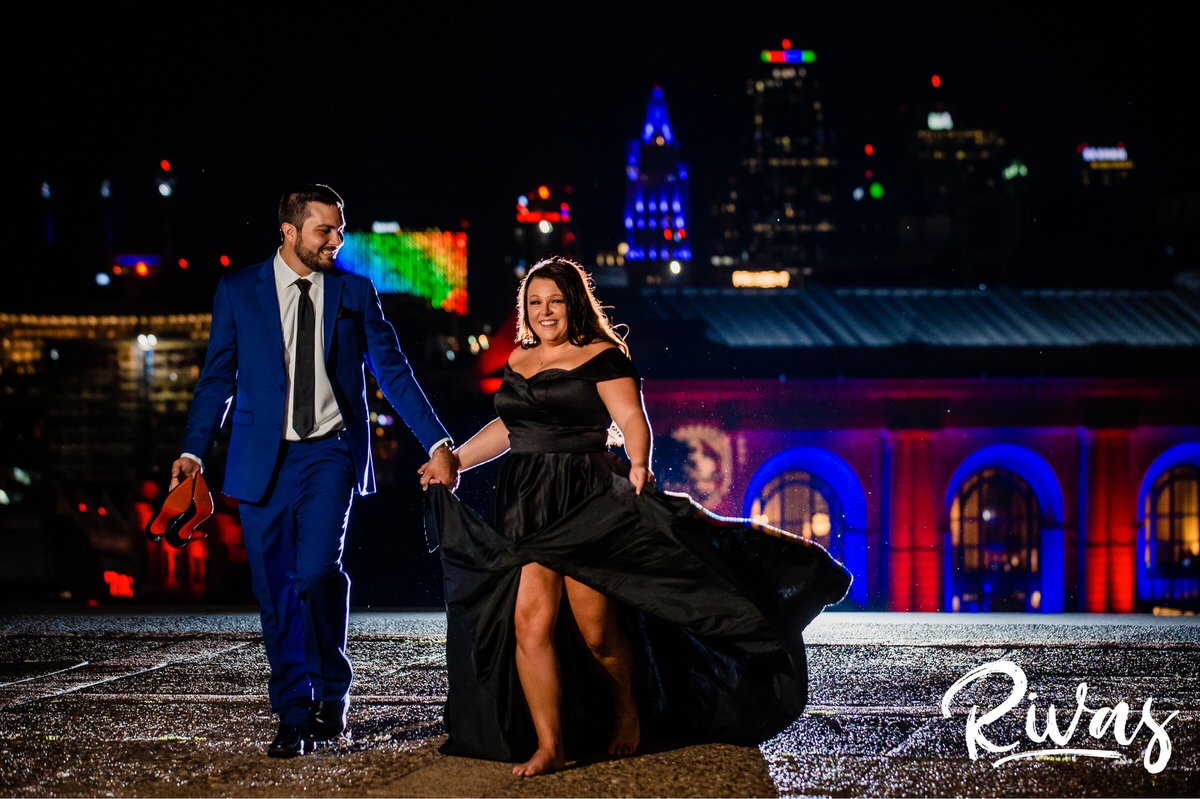 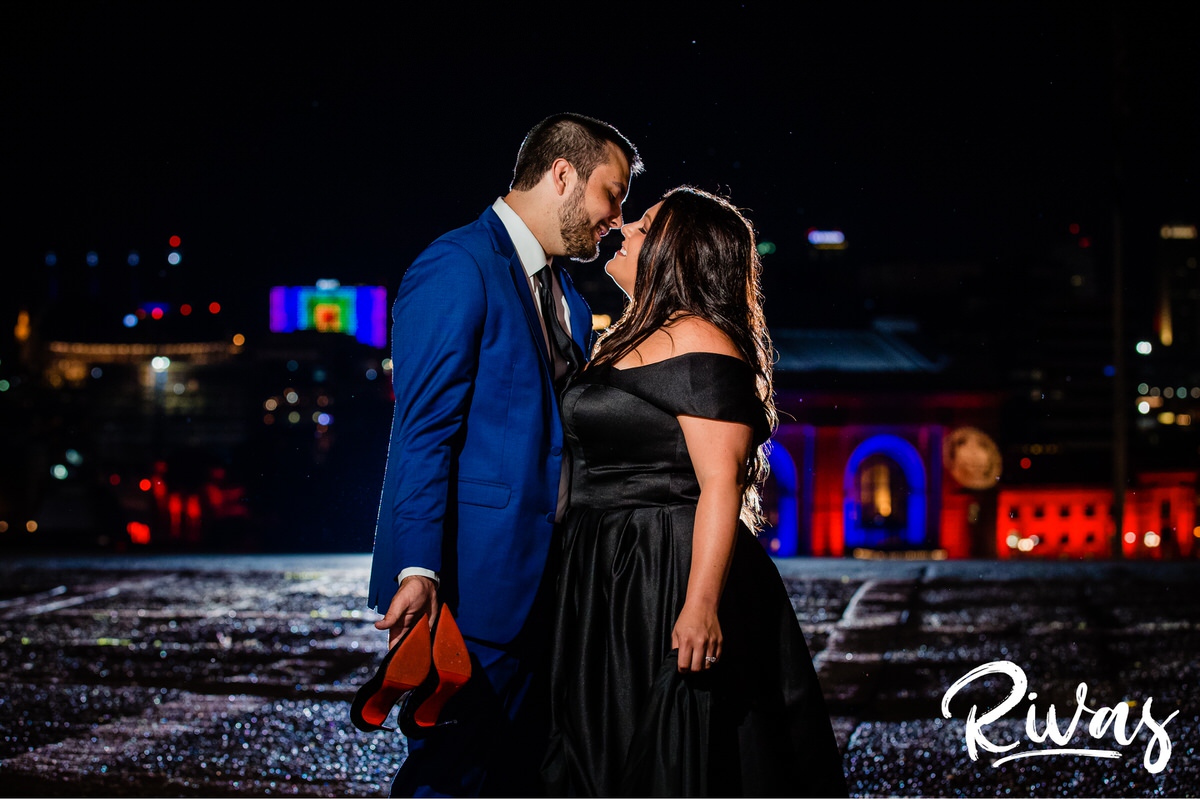 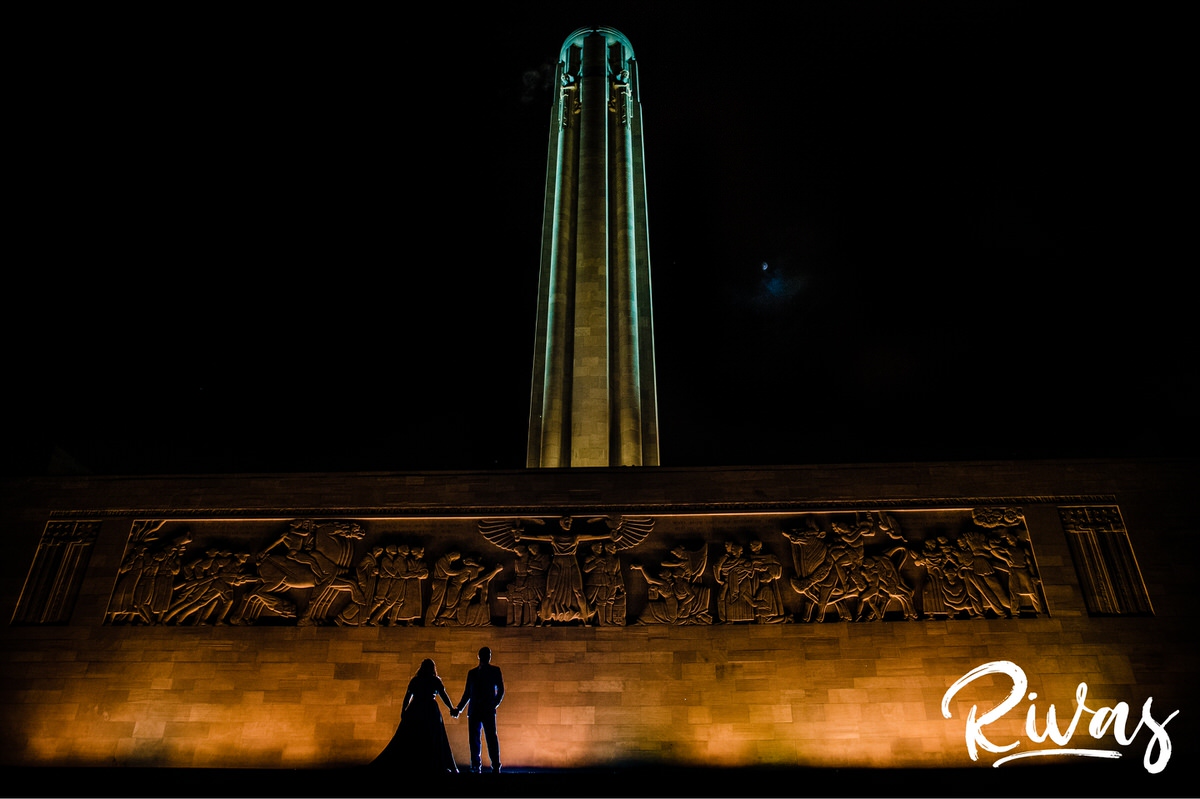 Congratulations, Courtney and Shane! We are over-the-moon happy for you and are SO EXCITED for your wedding in April! 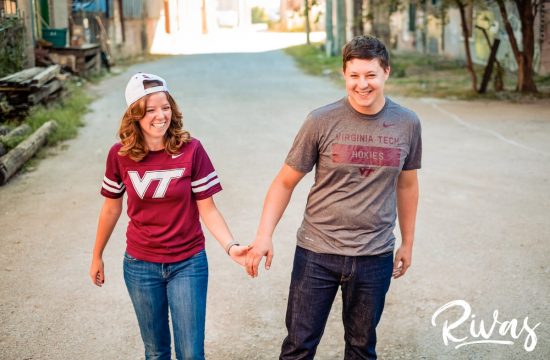 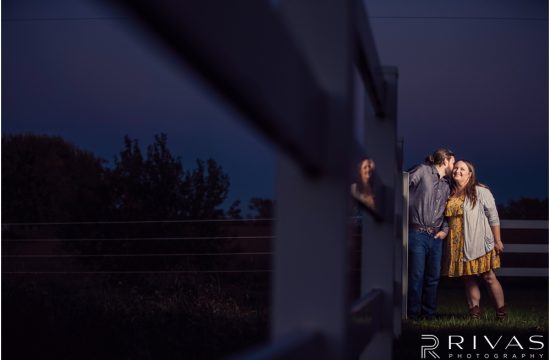