We met Melanie and Jim at a bridal show in mid-September and instantly hit it off with them. We planned their engagement session for late October, and when it finally came time for their session the weather was absolutely beautiful, and they lucked out with a gorgeous Kansas City sunset. During our planning process, Melanie and Jim asked if they could bring their dogs, Lexi and Clark along with them to be in a few photos, which of course, we loved and agreed to. We knew that with the pups in tow that Kansas City’s Garment District would be a great starting spot. Since they’re having a destination wedding next year they were thrilled that the pups would get to take part in their engagement session. Thank you so much to Jenny, Melanie’s sister for helping keep the pups entertained during their photo session!

Melanie and Jim left their locations completely up to us, which we were more than okay with. Melanie did make one request: that they take a sunset photo with what she calls a “cutie,” or a large round bale of hay. We were happy to make that happen, and were excited for the challenge she put in front of us. The only catch? She hates being outdoors, and especially tall grass! Melanie was a complete trooper and she and Jim put their full trust in us during their session. They were thrilled with the Garment District, and Melanie braved the field for a few gorgeous sunset photos with her requested “cutie!” We’re so glad she did because their images turned out B-E-A-U-T-I-FU-L!!! Going into their session Melanie and Jim were both a little nervous, but after a few minutes they completely relaxed, and we even caught one of Jim’s elusive smiles – we were so excited!

During their image review session, her family absolutely could not believe that Melanie agreed to go into a field for a few photos, but those ended up actually being some of Melanie and Jim’s favorites! Several of the images they chose for their Save the Dates are included below, as well as some of our personal favorites. Enjoy! 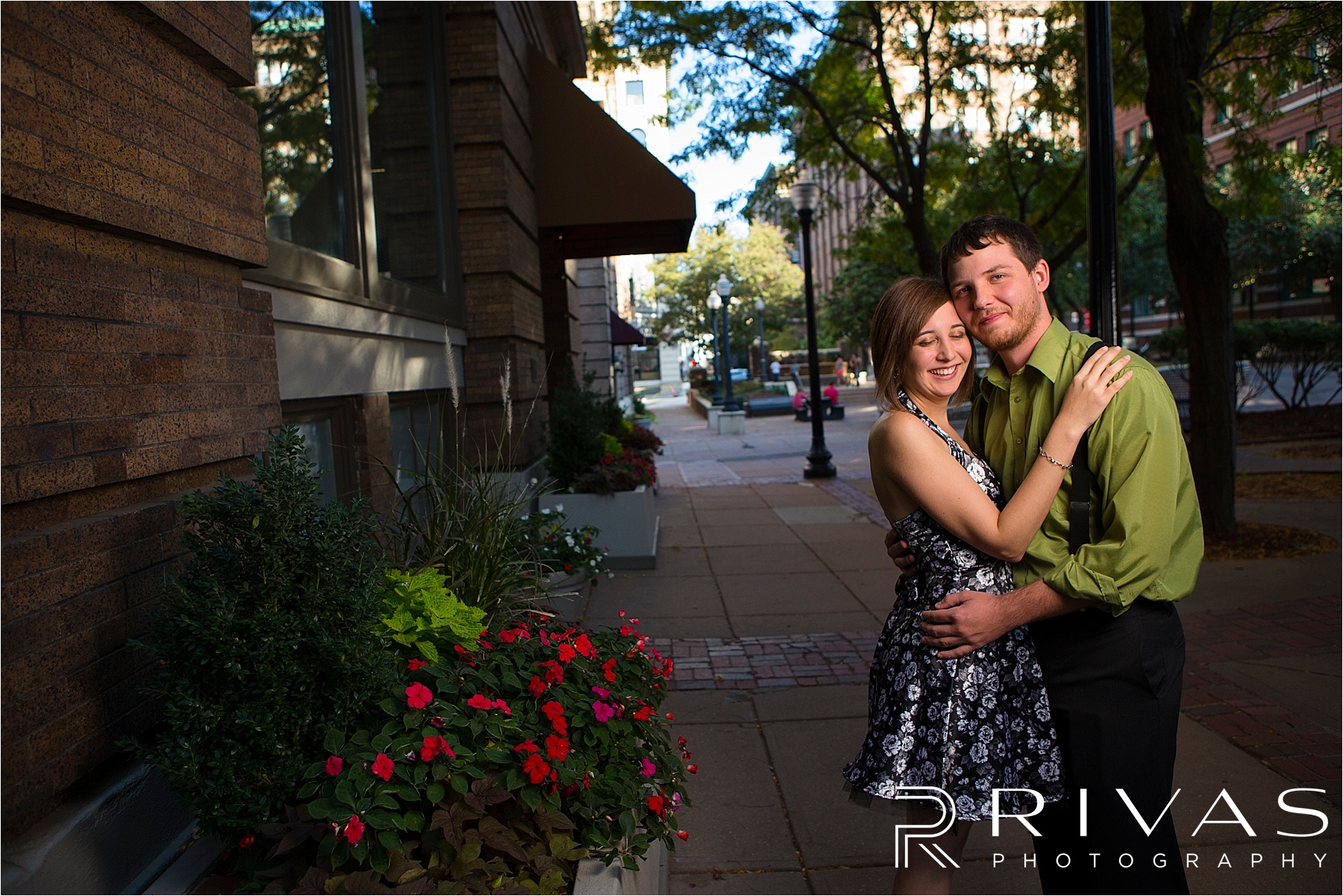 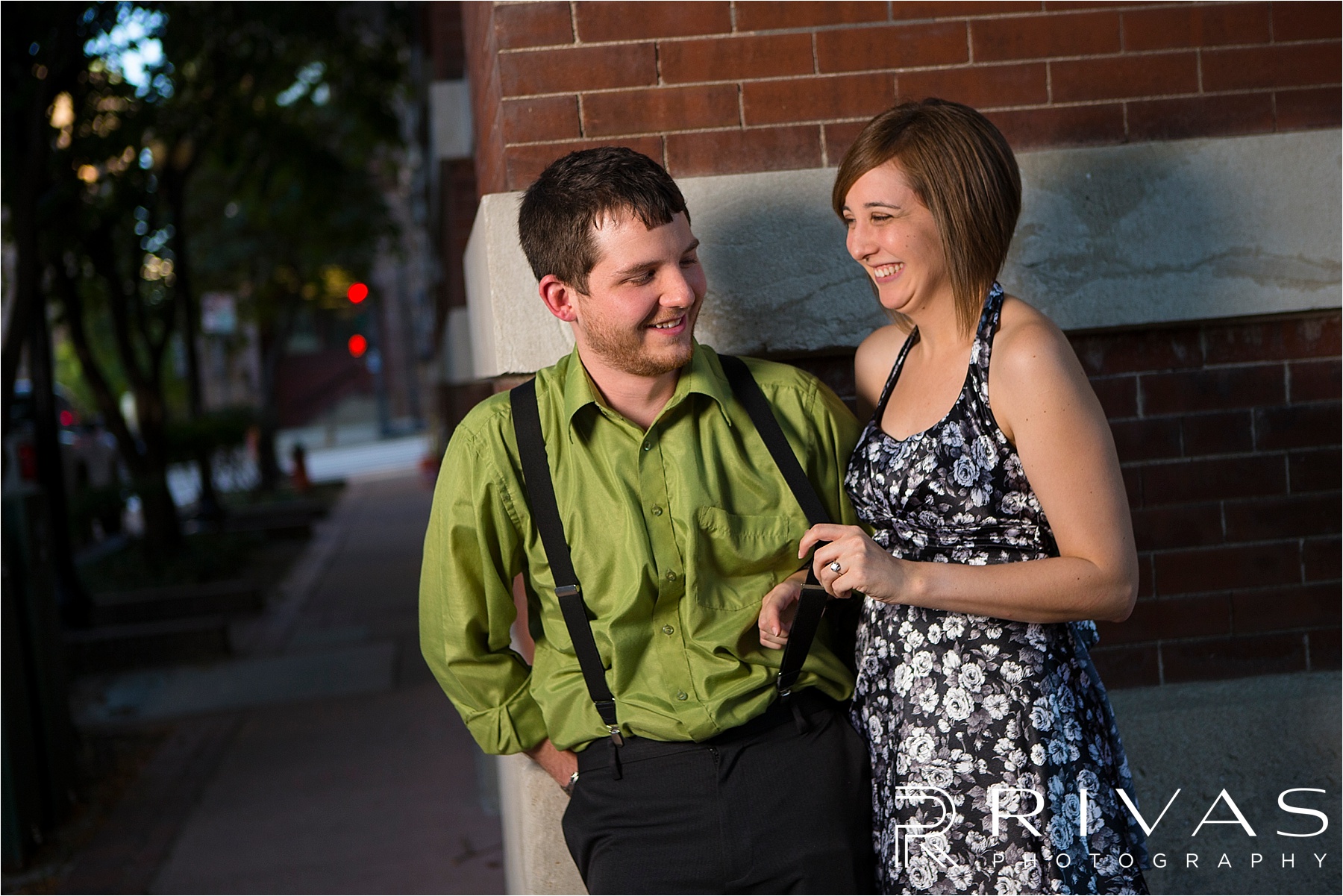 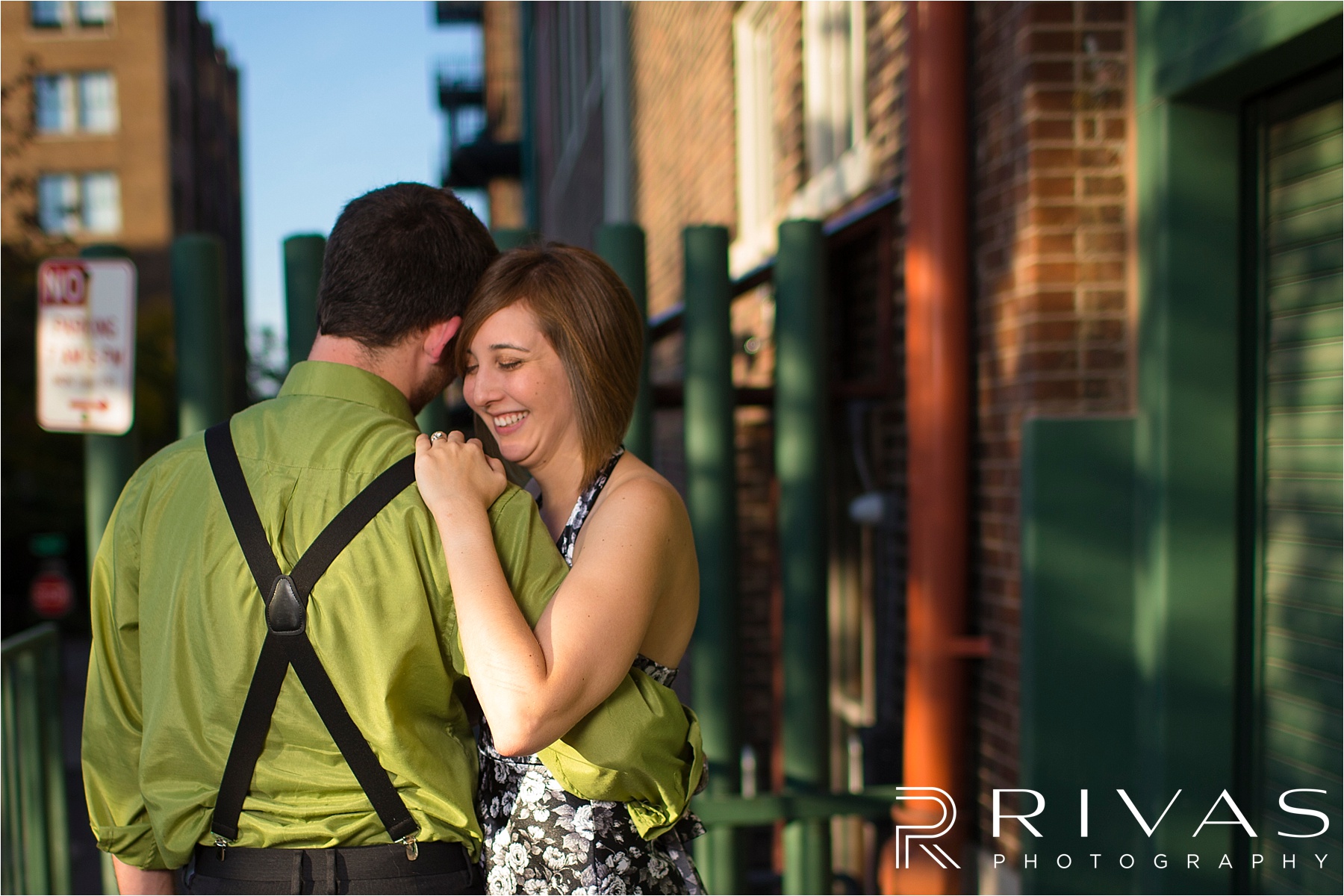 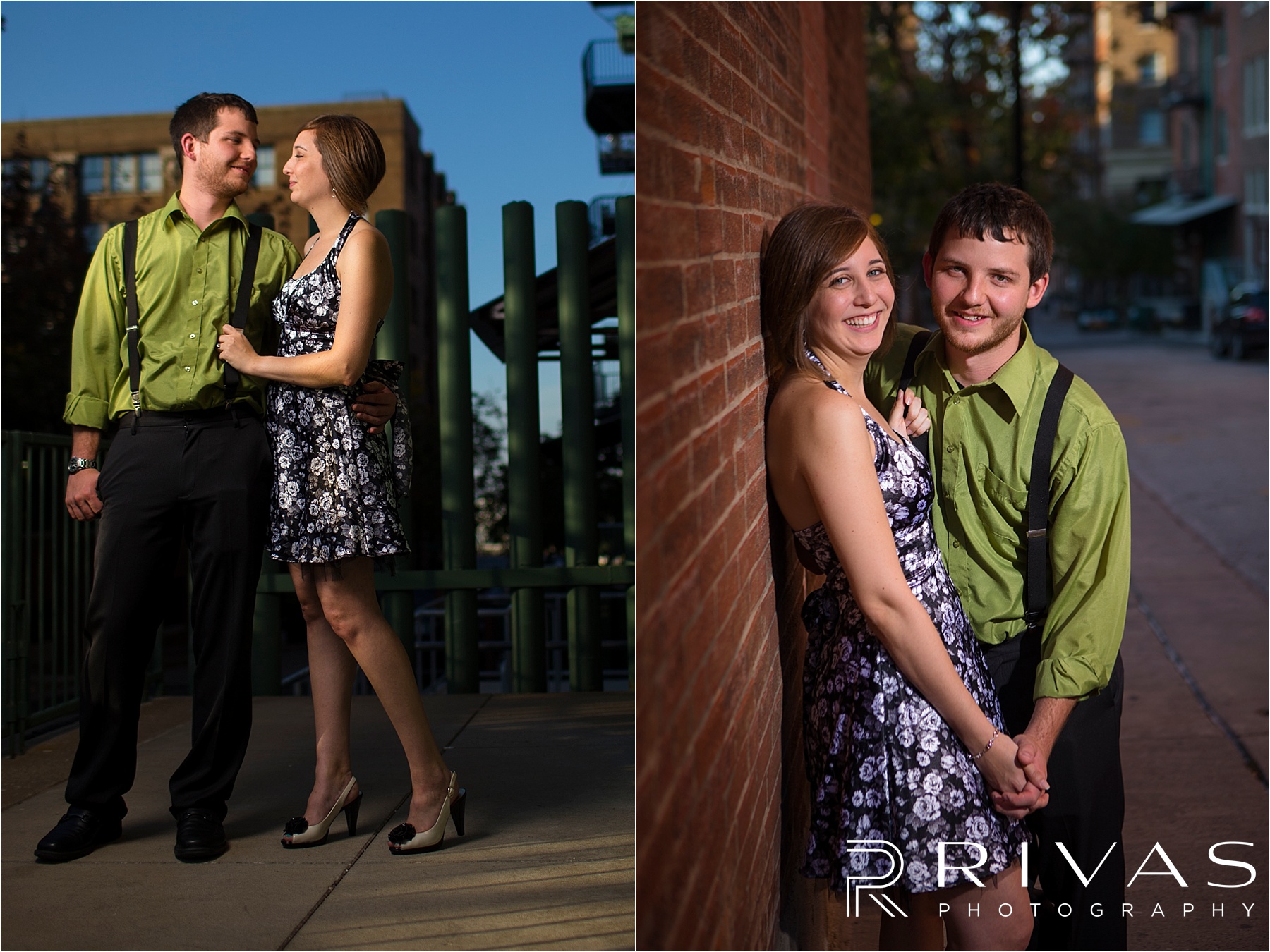 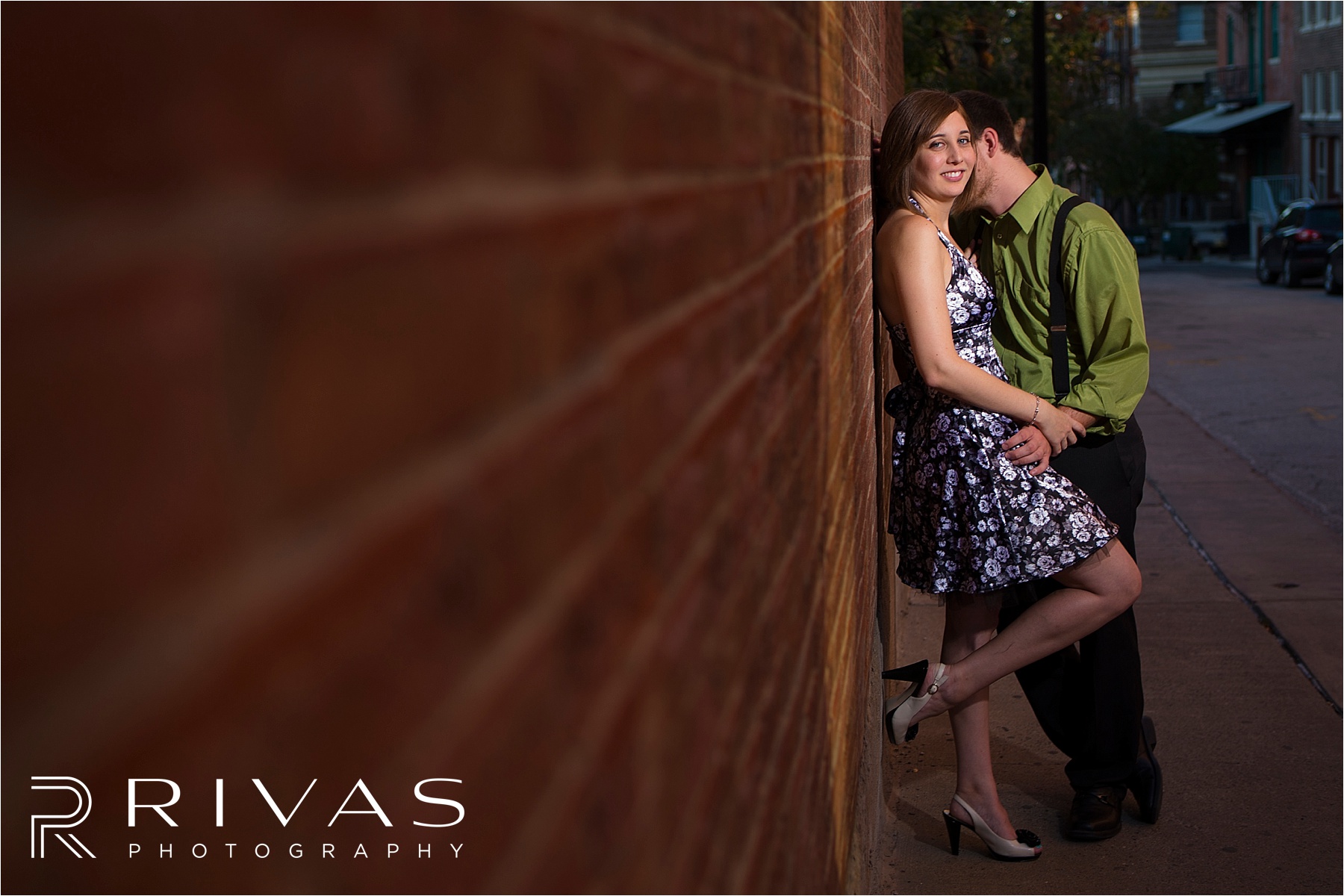 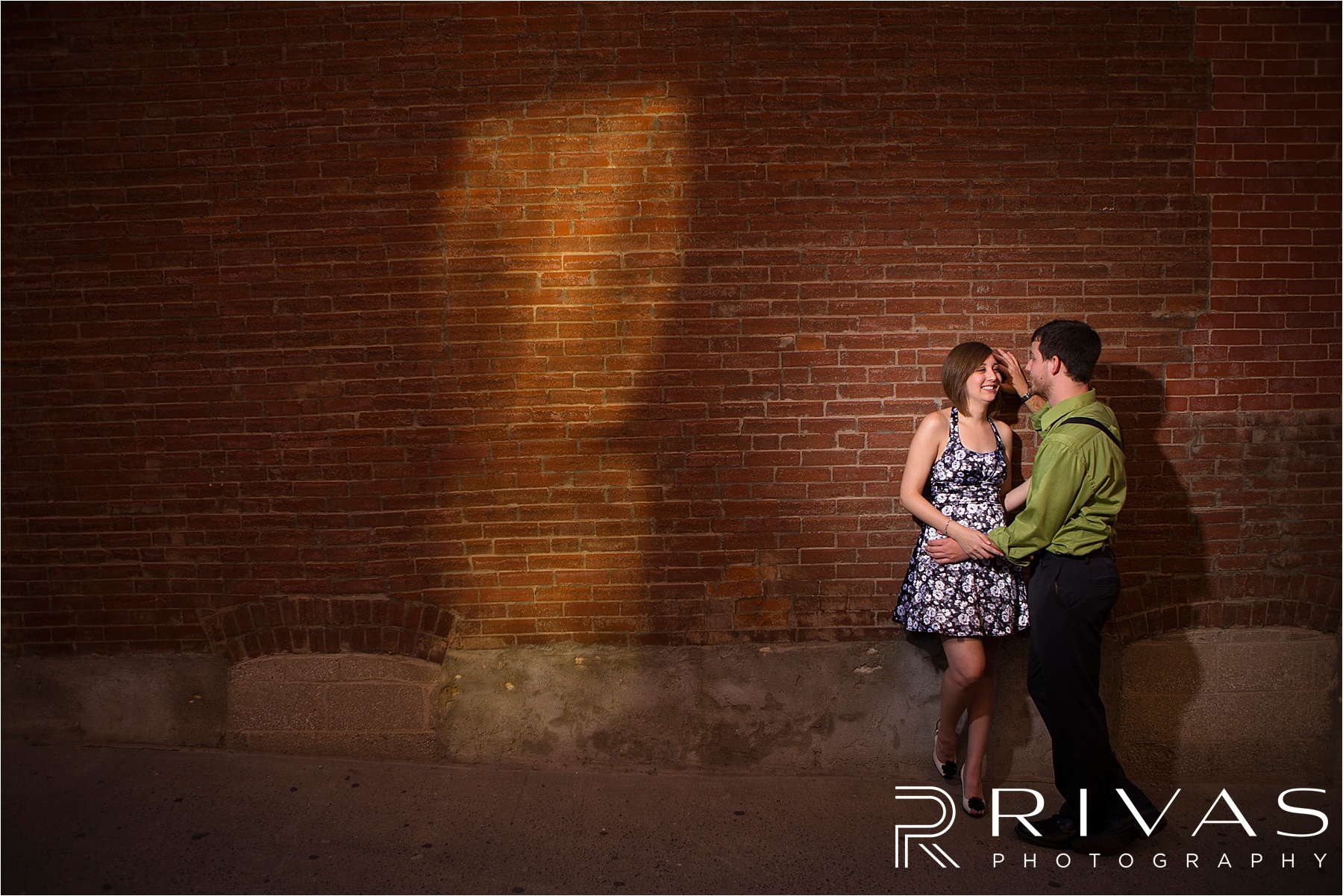 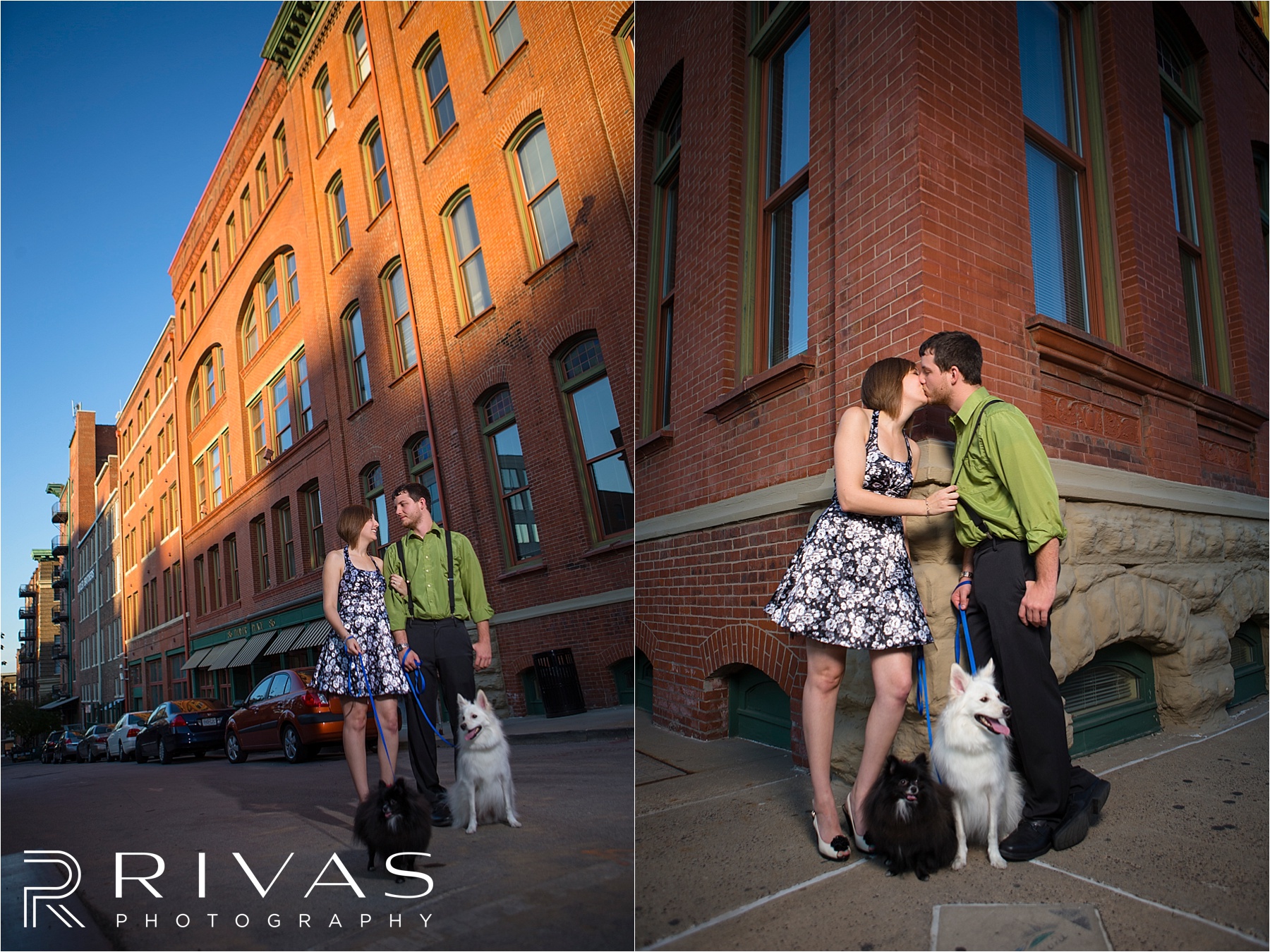 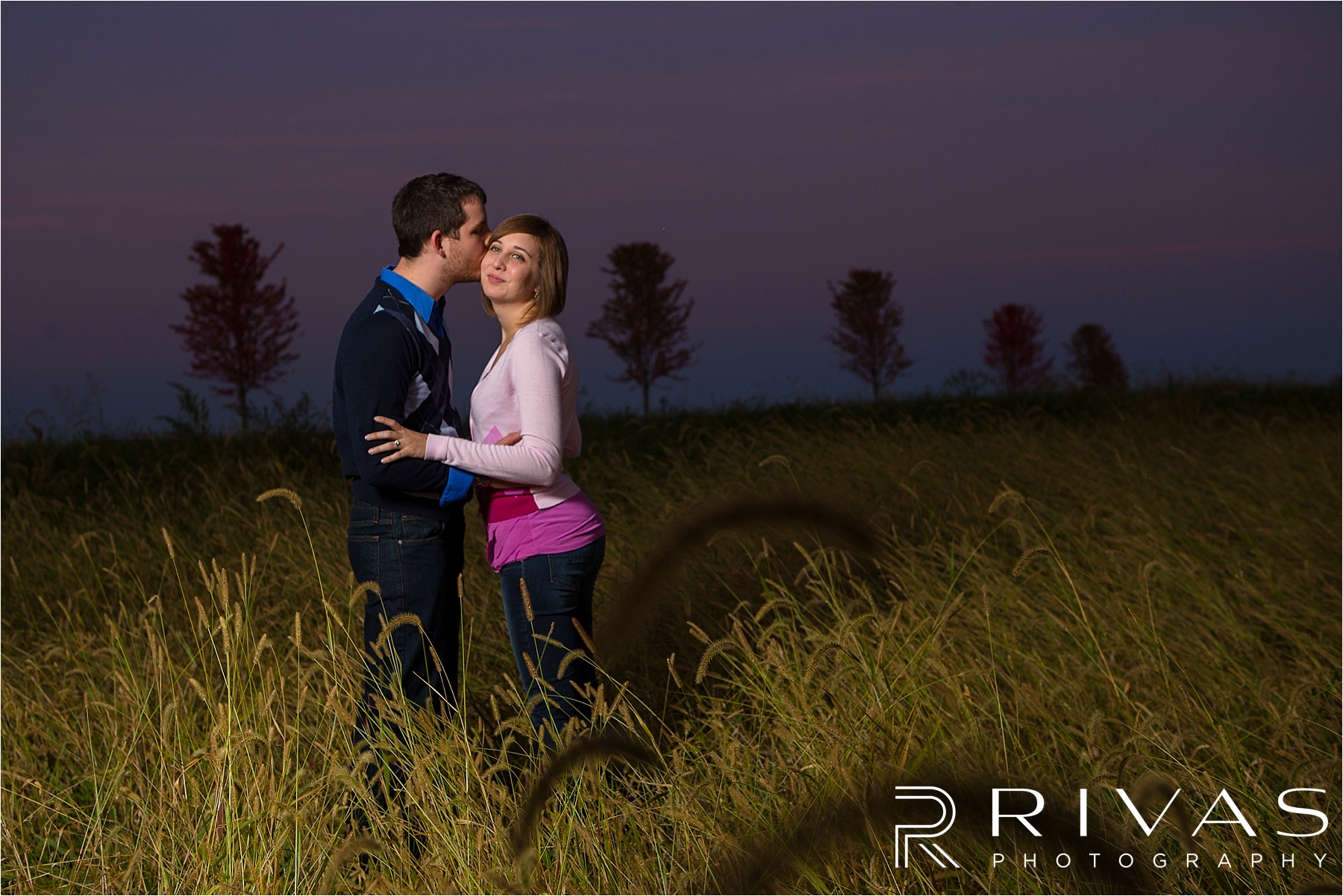 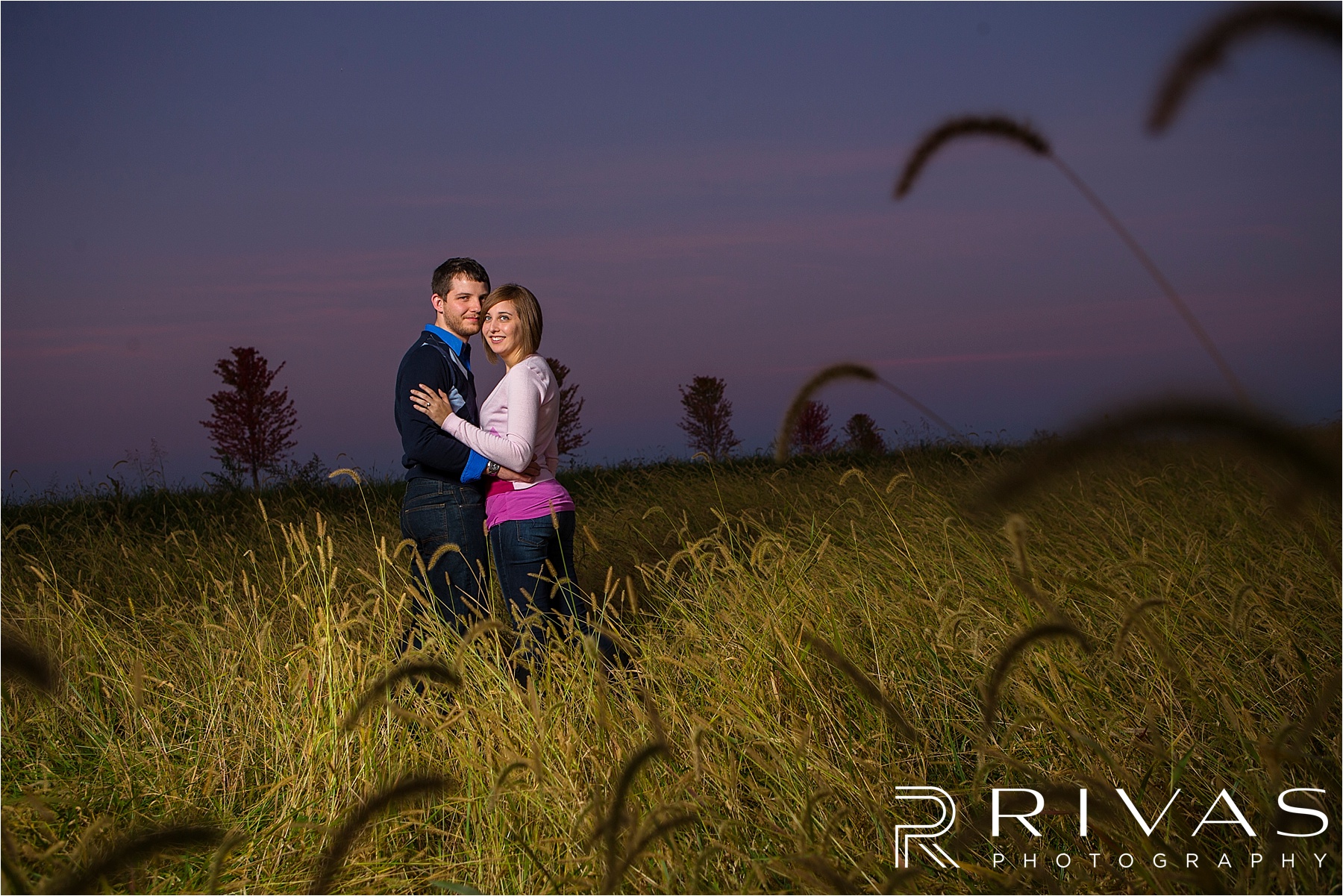 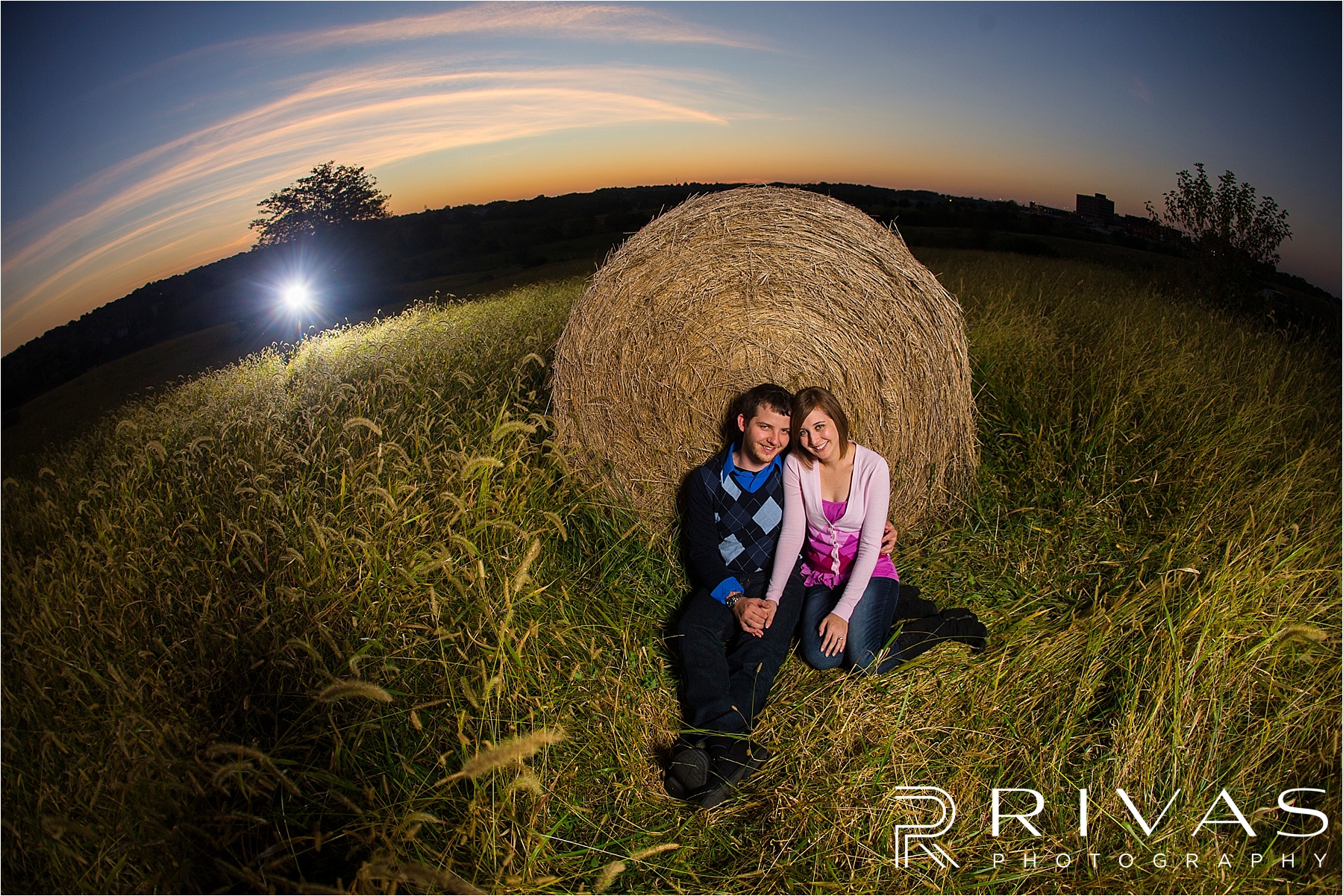 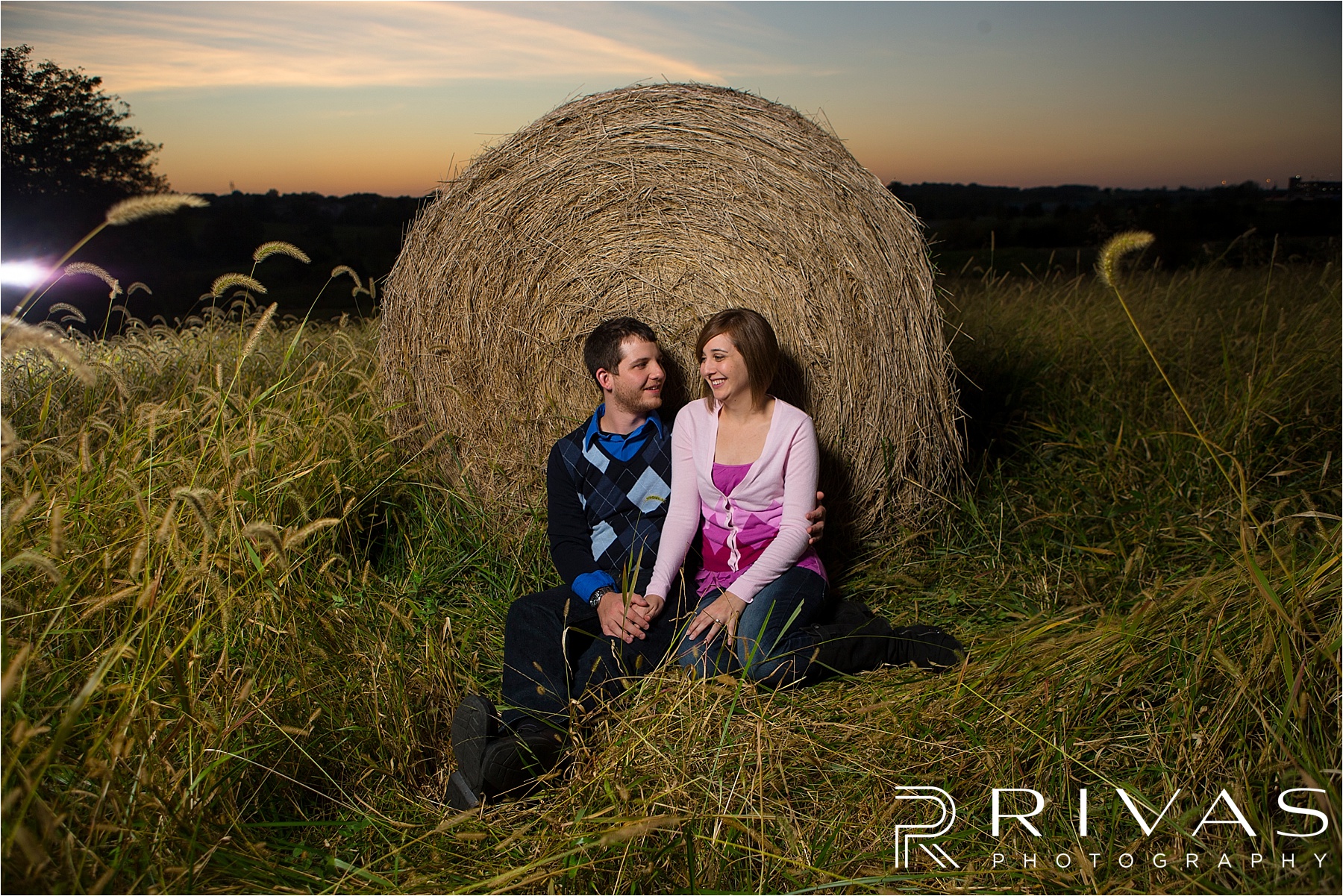 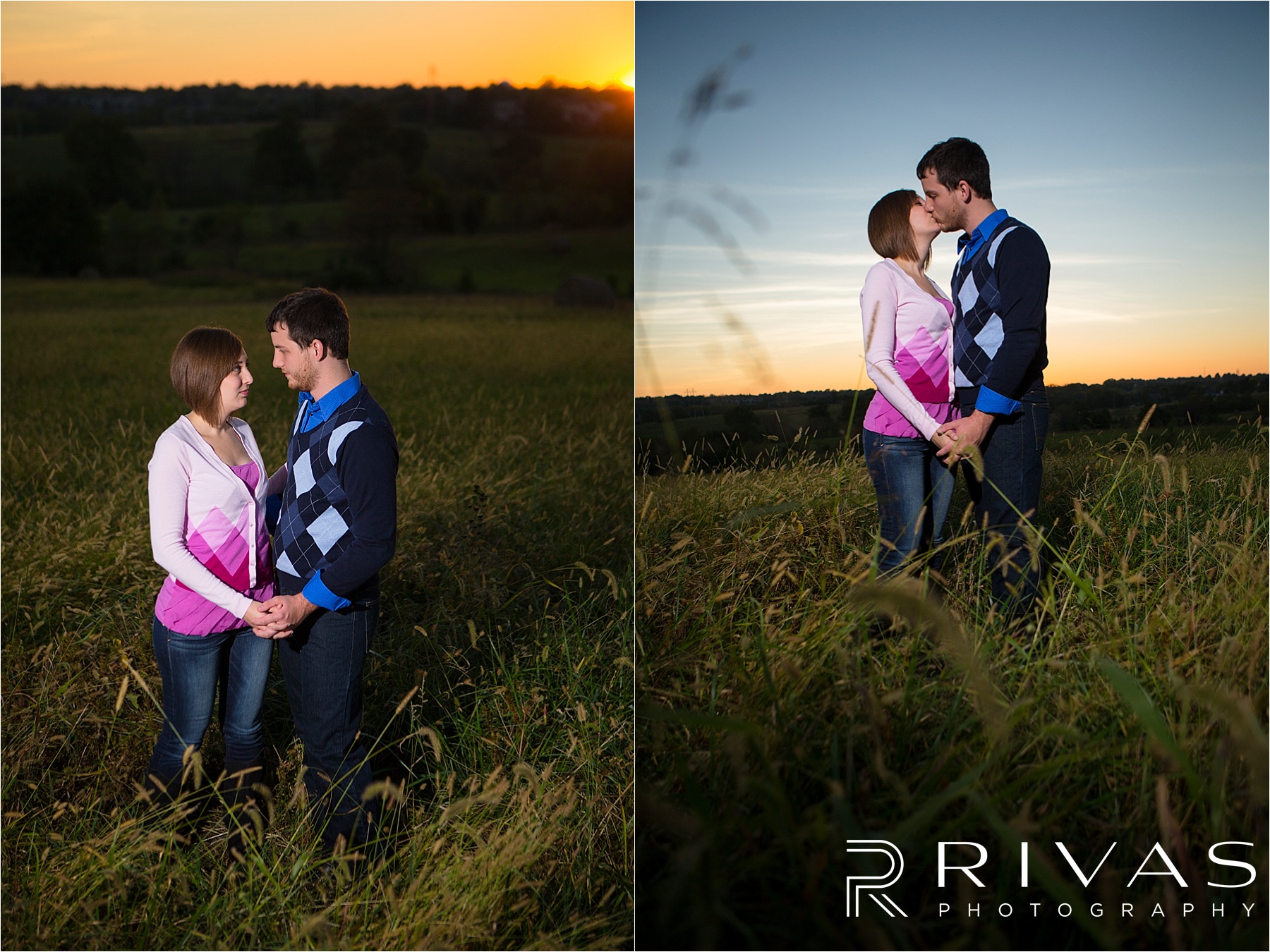 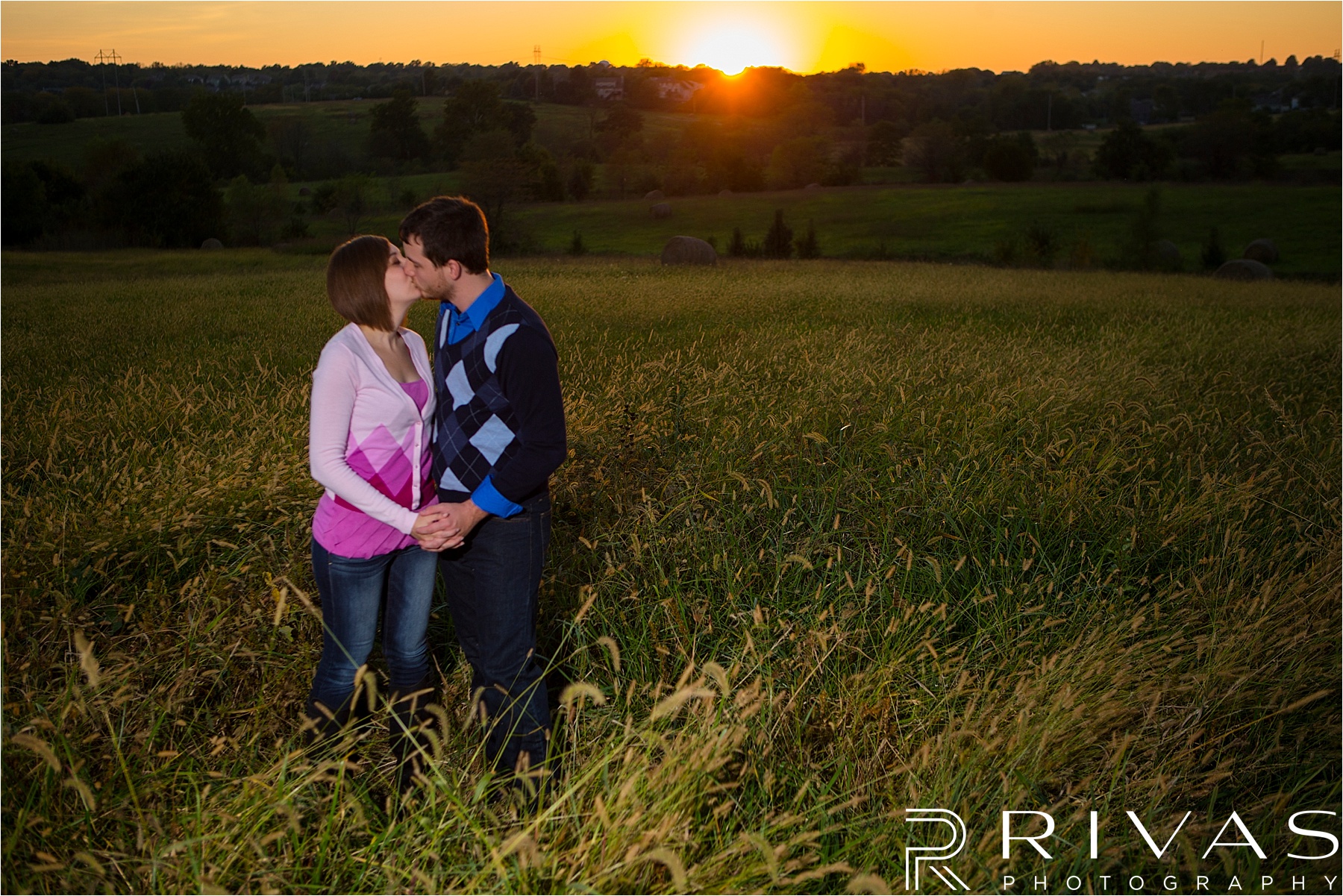 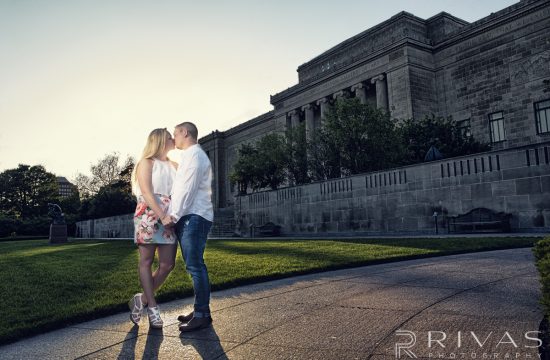 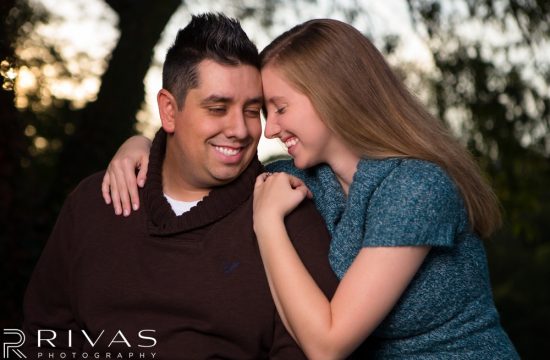 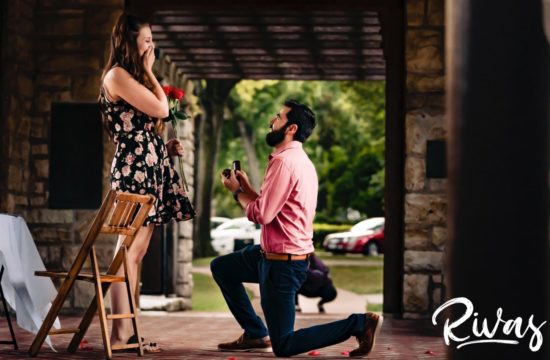