Where, oh where do we even begin with Courtney and Sal’s classic Kansas City wedding ceremony and reception at Grand Street Cafe? It was so completely them, and it was so completely fun, and we have so completely much that we want to share with you from their wedding day. Which means that the best place to start is at the beginning of their day.

But, before we get started, there are a few things you should know about Courtney and Sal.

These sweet lovebirds grew up only a few hours from each other, Courtney in South Dakota and Sal just across the border in Minnesota. They met at school at the University of Nebraska in Omaha, fell in love, and shortly after graduation moved to KC for work. Courtney, a nurse at KU Med, and Sal, a civil engineer. When they moved to Kansas City? They happened to move into the same building that we were going to move in a month later. And now, a few weeks after their wedding in Kansas City? They’ve moved back home to South Dakota, bought their first house, and have both started new jobs that they couldn’t be more excited for.

Phew. Okay, now we can dive into Courtney and Sal’s wedding day.

What was so different about Courtney and Sal’s wedding day from every other wedding happening on August 21 in Kansas City? Lots of things, friends.

For starters, Sal started his day at home having a pool party on the roof of our building with his groomsmen. They grilled breakfast, drank Trulys, and spent a few hours hanging out in the pool chillaxing before starting to get dressed for the rest of the wedding day. Courtney, on the other hand, was hanging out on the Plaza with her bridesmaids, bridesmen, and her momma getting hair and makeup done. Before she got dressed, Courtney wanted to run downstairs and take a few photos of her and her bridespeople in their matching pjs on The Plaza. What made this really fun? The Gay Pride parade that just so happened to be running paralell to the hotel where Courtney was getting ready. Which undoubtedly led to a few drag queen photo-bombs.

They wanted to be able to do their private first look, photos of the two of them, wedding party photos, and family pictures all in one spot. We made a few recommendations, and these two selected The Nelson Atkins Museum of Art from our list. They loved The Nelson because it has so much shade, greenery, so many photo op spots, and it was pretty close to their hotel on The Plaza as well.

And friends, believe us when we say, they made the best location choice.

Courtney was able to share a super sweet first look with her dad, followed immediately by her first look with Sal. The Nelson grounds are big enough to let all of these special moments happen without a lot of onlookers. And Courtney and Sal were able to spend a few minutes together, privately, without their wedding party or family before diving into the rest of their pictures from their day. And have we mentioned yet that these two had their family bring their sweet dogs, Tucker and Tyke to The Nelson to join in on the photo fun? Because that definitely happened. And it’s safe to say that their day wouldn’t have been the same without their sweet boys getting to take part.

After finishing up with wedding party photos, Courtney, Sal, and their entourage headed downtown to The Cathedral of the Immaculate Conception for their wedding ceremony.

The oh-so-beautiful and different thing about Courtney and Sal’s wedding ceremony? It was a bilingual Catholic mass. You see, Sal and his family came to the United States when Sal was just a kid, and most of Sal’s family don’t speak a lot of English. It was so, so important for Courtney and Sal to make sure that Sal’s family felt included throughout their whole day. Having their wedding ceremony performed in English and Spanish was their way of making sure that happened. And friends, it was so, so beautiful.

Throughout the years we’ve seen lots of different types of unity ceremonies. Some super traditional, others not so much. Courtney and Sal chose to do two unity ceremonies during their Catholic wedding ceremony. The first was a unity candle that they lit together at the beginning of their ceremony from candles that their mommas lit when they walked down the aisle. And the second, was easily one of our favorite unity ceremonies: a Mexican lasso ceremony.

When it came time, Sal’s sisters and brothers-in-law draped a beautiful, sparkly, super special crystal lasso around Courtney and Sal’s shoulders. They said prayers and blessings, and their officiant prayed over them as well before the lasso was removed. We’ve seen this a few times, and it’s always a favorite.

I think you can tell by now, but just in case you can’t, I’m going to go ahead and tell you anyway. 🙂

After their wedding ceremony, Courtney, Sal, and their entourage got back on the party bus to drive around while their guests enjoyed cocktail hour at their reception venue, The Grand Street Cafe, on the Plaza. Courtney and Sal DIYed so many special details for their wedding day. Everything from the boxwood selfie station, to the sweet centerpieces with all of their favorite photos, to all of the signage that Sal designed for their big day. Like we mentioned before, it was so, so important to Courtney and Sal that all of their loved ones felt included on their wedding day.

This is one of the many reasons these lovebirds chose the DJ that they did, Junior from Icon Event Group. Junior is originally from Cuba, and speaks Spanish fluently. Which meant that he was able to emcee Courtney and Sal’s reception in both English and Spanish. Needless to say, Sal’s family was so excited to not just be able to witness, but also to be able to take part in Courtney and Sal’s wedding reception.

And, believe us when we say that their wedding reception was one none of the guests will forget anytime soon.

Courtney’s maid of honor gave a super special, super touching toast to the best friend that she met in nursing school. Sal’s best man followed up by quizzing Sal about one of his very first dates with Courtney. Add in an upbeat mix of both English and Spanish party music all night long, a few pool floaties roaming the dance floor, and an overflowing champagne tower, and it was a night to remember.

Sal and Courtney ended their evening in a way that none of us could have expected. Arms wrapped around each other, slow dancing in a circle of their closest friends. And all at once? All of the men dropped their dress pants for the entire full length of the last song. TBH we still have no idea why it happened, but it was absolutely hilarious and unforgettable.

Once all of the shenanigans ended, Courtney and Sal shared one last, private dance while their remaining guests lined up outside, to end the evening with a bubble exit.

Courtney and Sal, thank you so, so, so much for letting us create your wedding photos. We’ve had so much fun getting to know you both over the last year, and already miss hanging out with you so incredibly much. We absolutely cannot wait to see where life takes you!

Feel like you’re missing something? Check out Courtney and Sal’s sneak peek here.

Or, you can find their super colorful, super fun fall engagement session here. 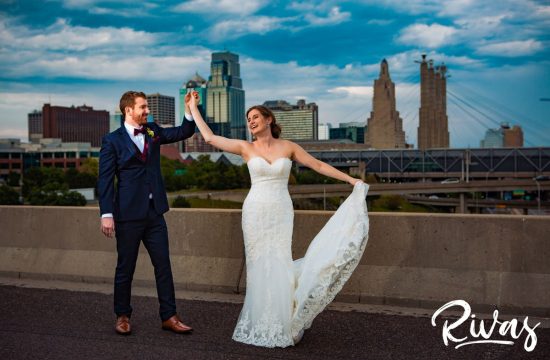 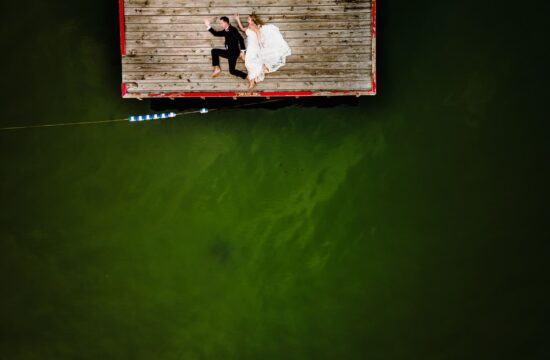 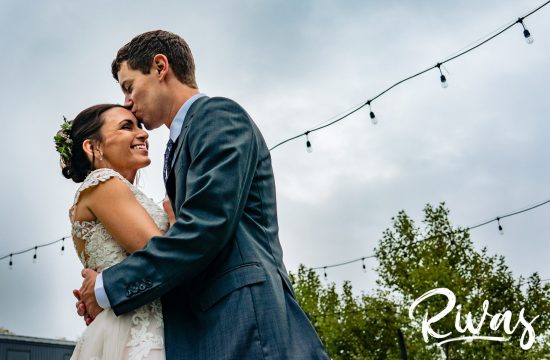