We met Bobbie Jo last spring at The Big Reveal at Hotel Phillips; she actually won one of the engagement sessions we were giving away. It was a chance meeting, especially since she was in town from Nashville for the weekend to work on her wedding plans. We were so excited when we found out she won one of our sessions! Even though she and her fiancé Chad are both originally from Kansas City, they both knew that they wanted to incorporate their new Nashville home into their engagement session, and were curious if we would be willing to head to Nashville for their session. By now you know that we’re always more than game to get out of Kansas City for a new adventure, so we set their date for early January and packed up the car.

Even though they knew they wanted their session in Nashville, Bobbie Jo and Chad didn’t have a particular location(s) in mind. They did know that they wanted their photos to feel like they were in Nashville instead of Kansas City. When we got to Nashville we planned a full day of scouting, which we loved since it enabled us to see so many different parts of the city. We spent the day driving around and visiting various locations both in the city, and just outside. We found our new favorite coffeehouse in Nashville (hello Frothy Monkey!), as well as our first location for their session: Carnton Plantation. Bobbie Jo and Chad loved this location, especially since it is in Franklin, has a great history to it, and has beautiful architecture. Although neither Kyle nor myself are big history buffs, Carnton’s story and history is intriguing. It acts as an open museum today, and visitors are able to go in and visit the plantation house, grounds, and Confederate Cemetery. If you’re ever in the Nashville area take a few minutes to head to Franklin to check it out – you won’t regret it. 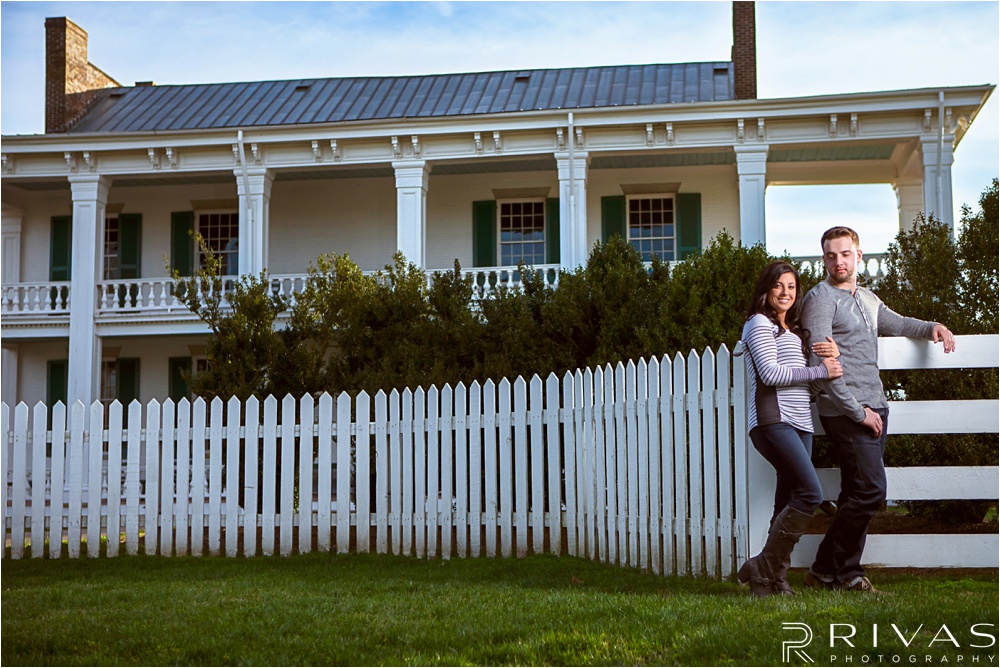 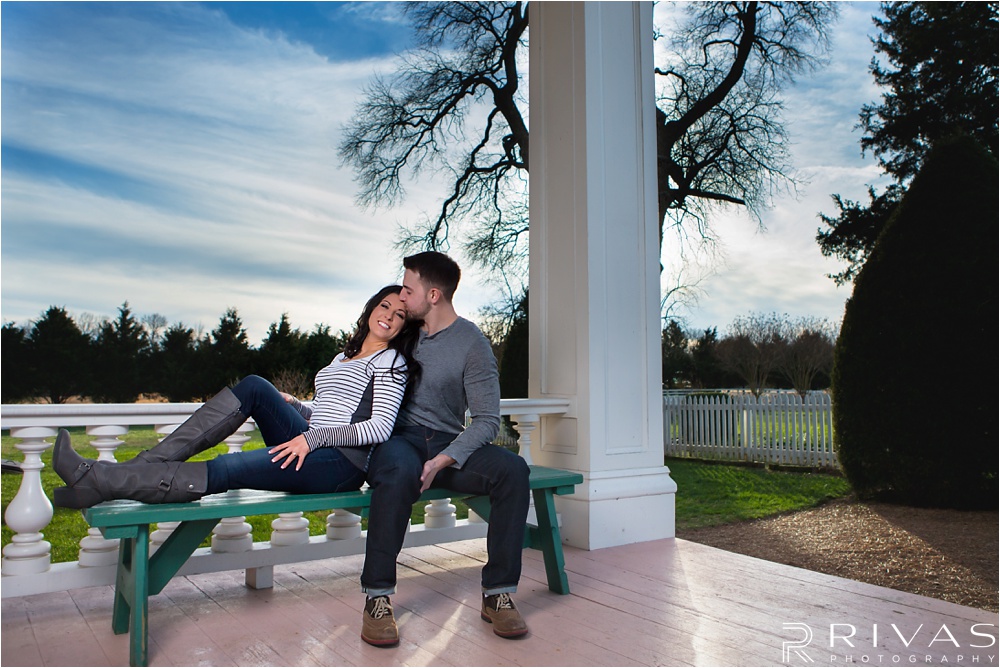 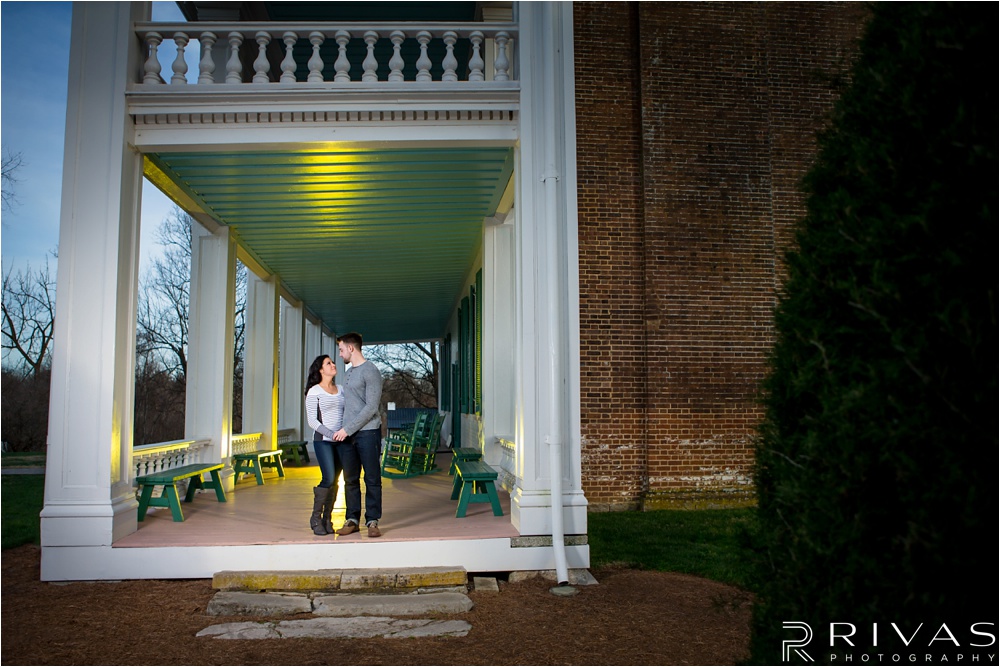 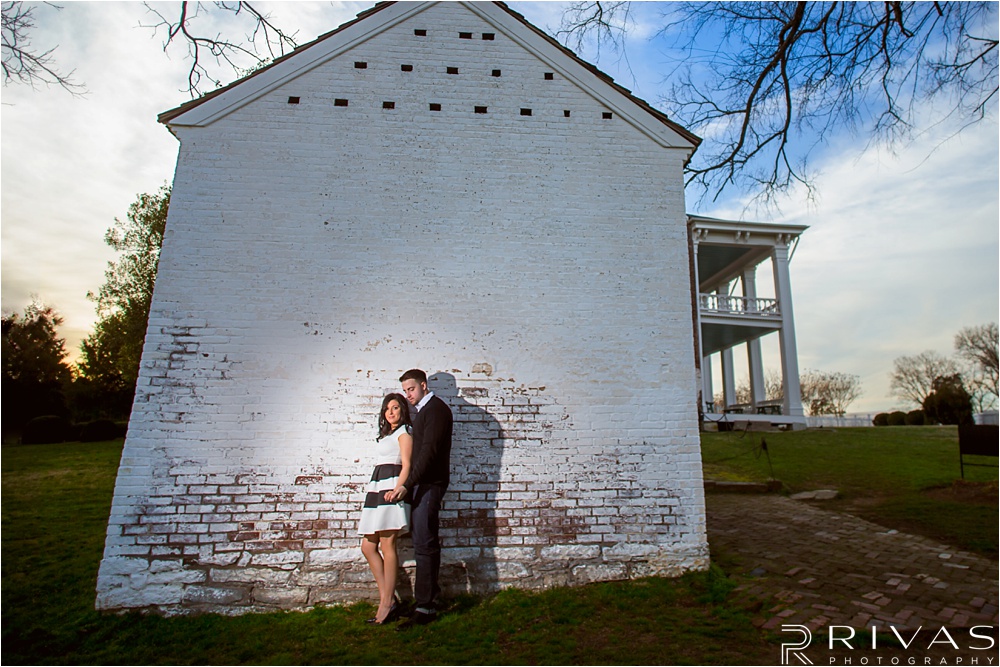 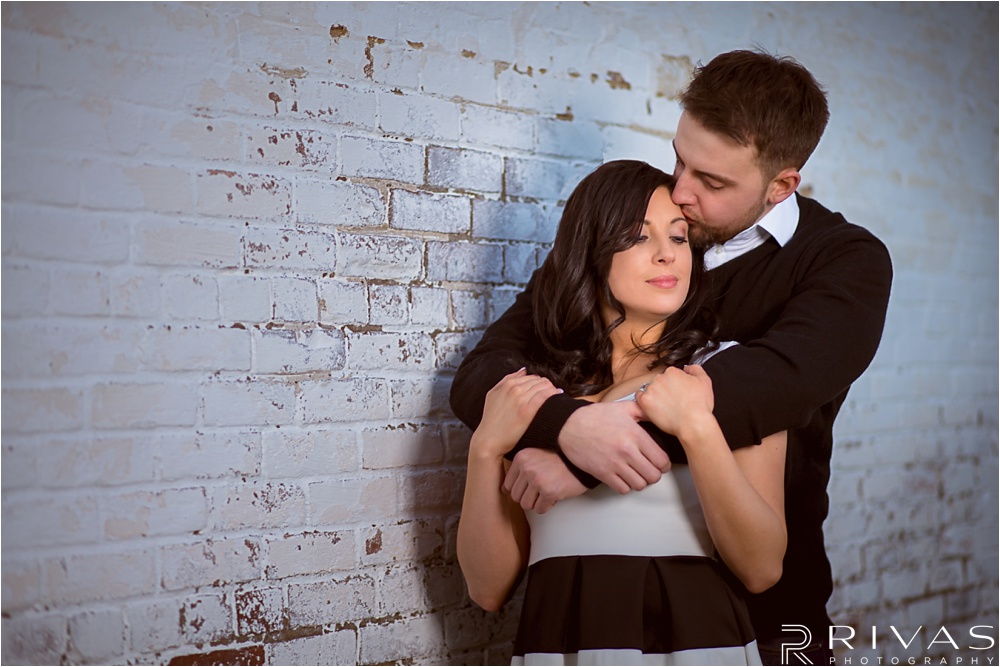 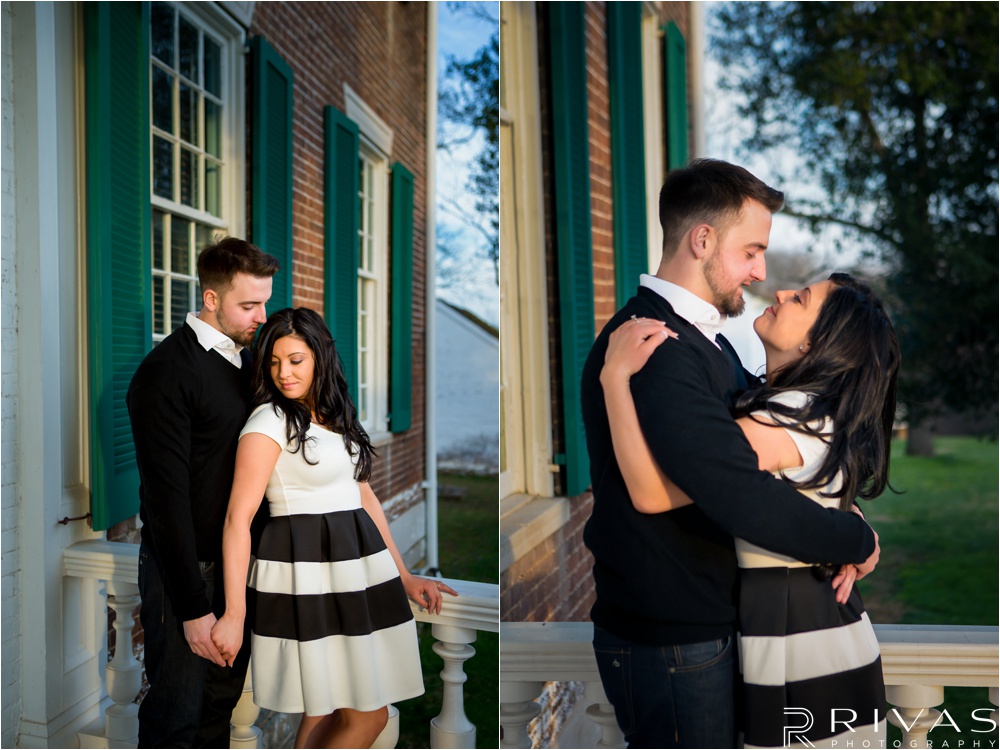 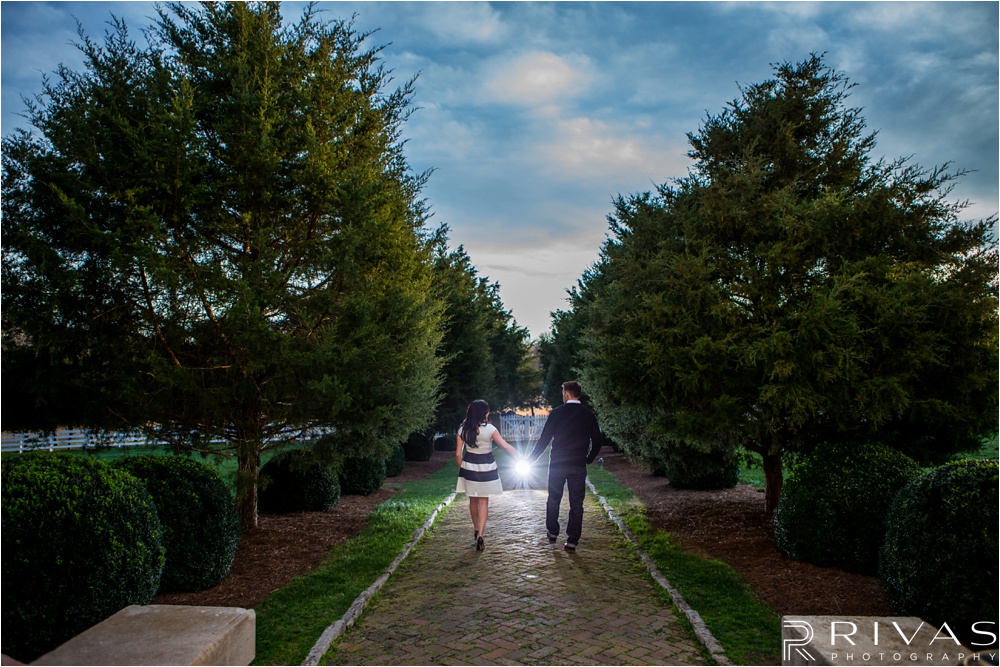 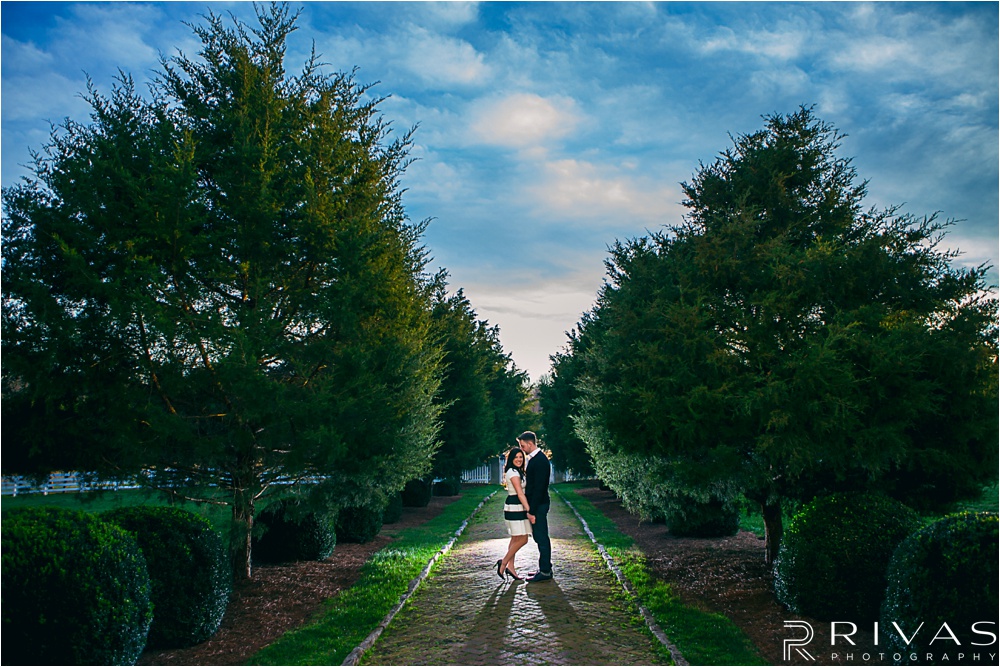 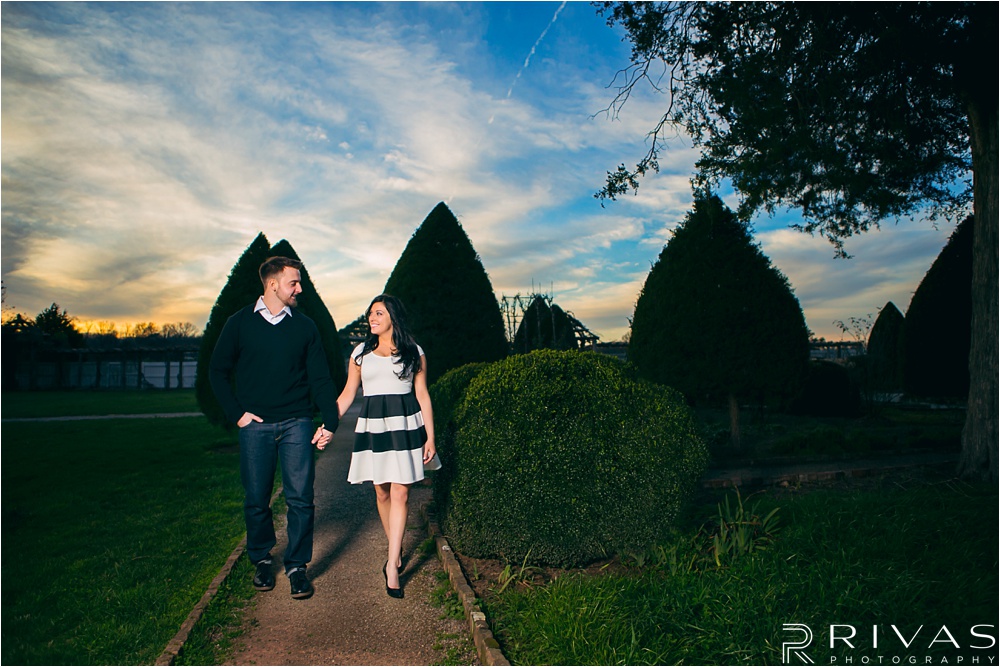 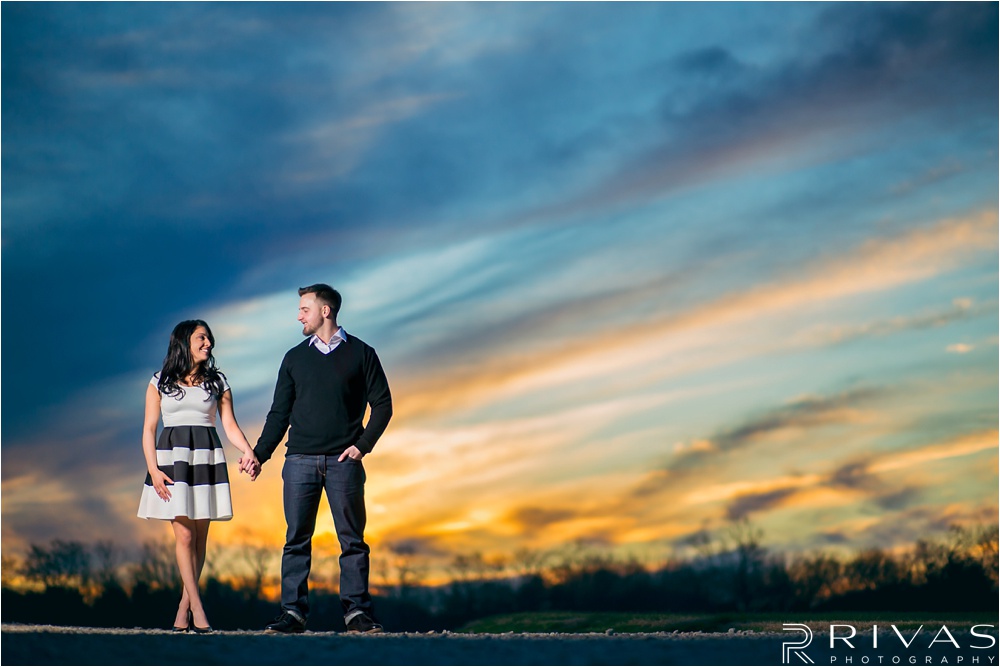 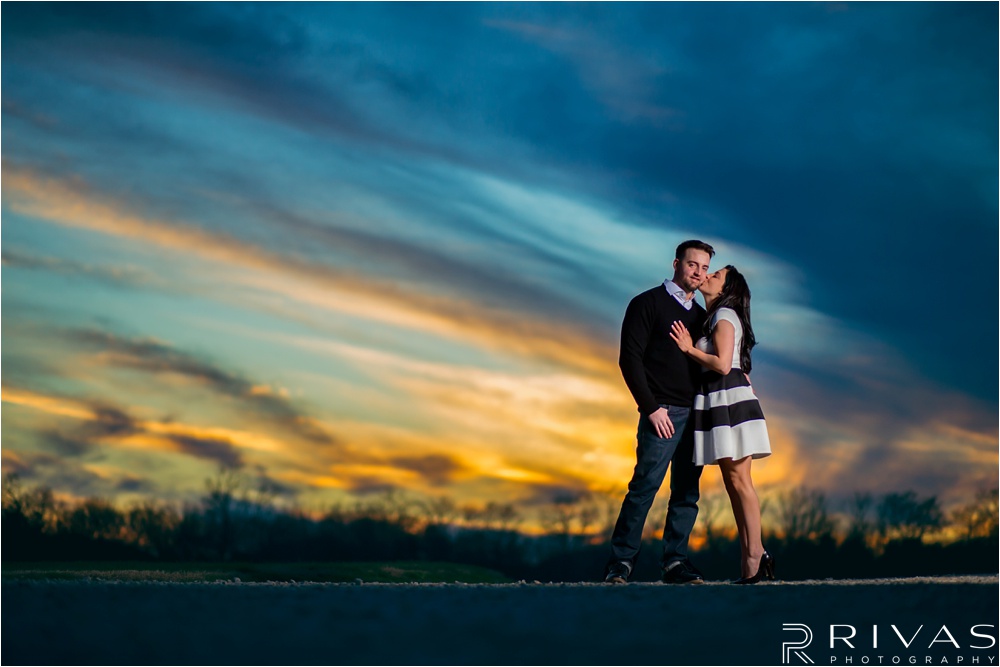 After spending late afternoon at Carnton and catching a gorgeous sunset, we headed back to downtown Nashville to wrap up Bobbie Jo and Chad’s shoot. Although our options were completely endless for city/skyline locations, Kyle settled on the John Seigenthaler Pedestrian Bridge that allows viewers to walk over the Cumberland River to get a full view of the Nashville skyline. Kyle knew that he wanted to light it up, and man – we were so excited by the results! Bobbie Jo packed the perfect white cocktail dress and heels, and Chad’s fitted suit really made this image timeless. Don’t they look like they belong on a movie poster? 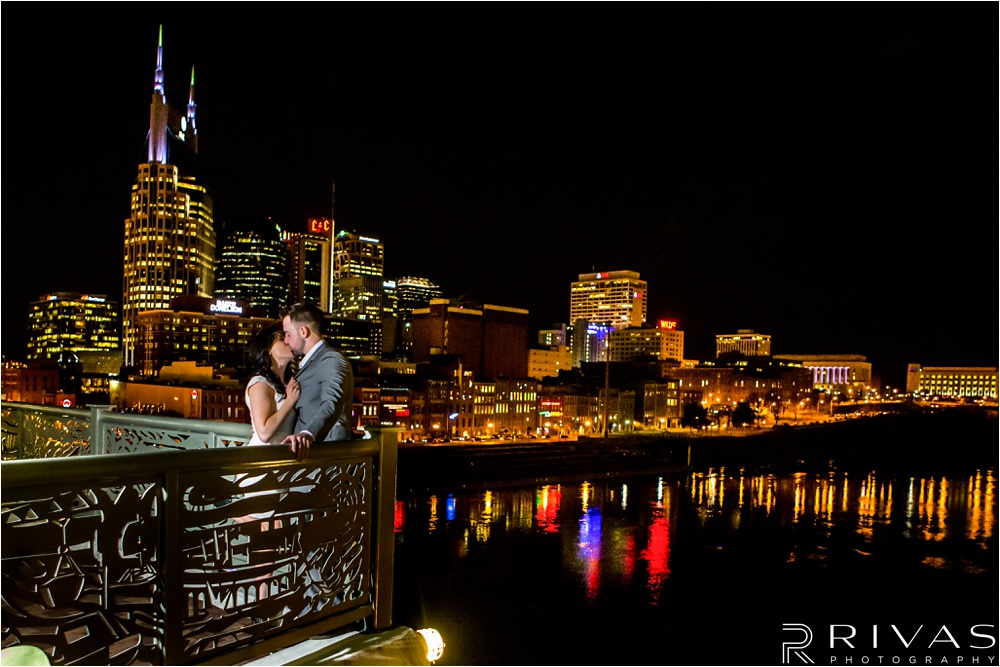 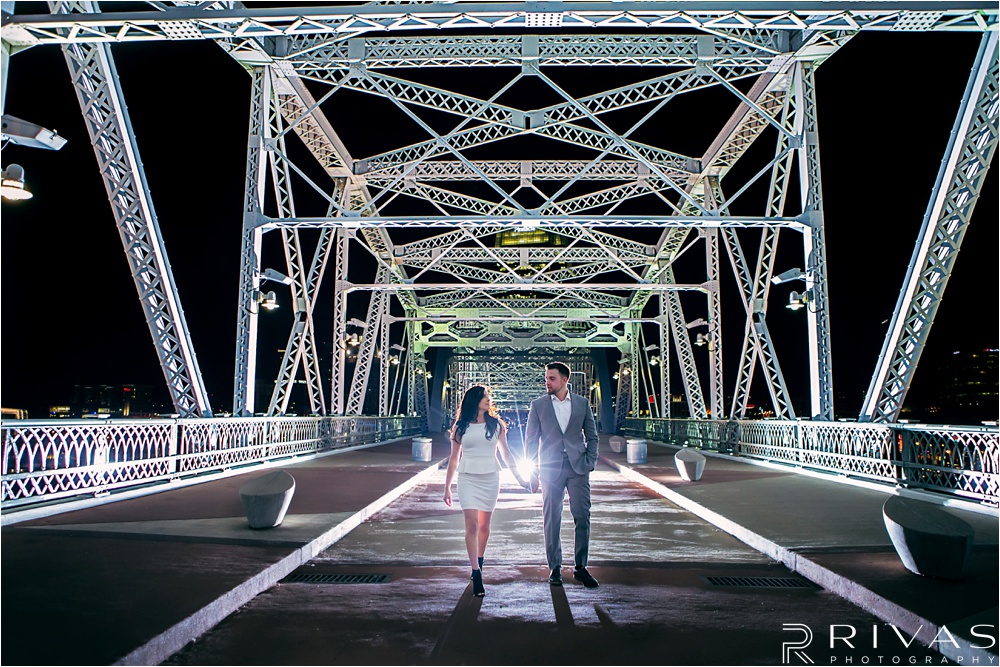 Thank you Bobbie Jo and Chad so much for inviting us to Nashville – it’s a city that we both love dearly and are so glad you wanted to take your engagement photos there. We are so excited for your Kansas City wedding this June! 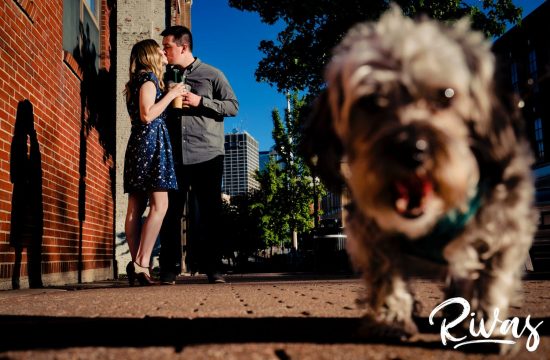 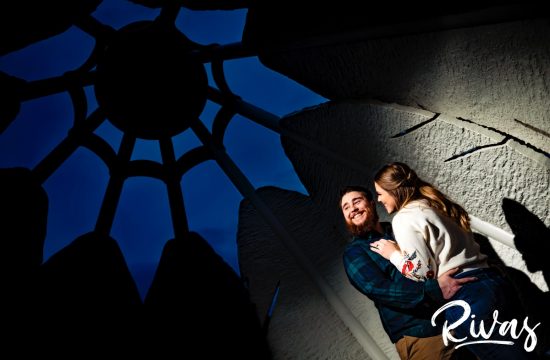 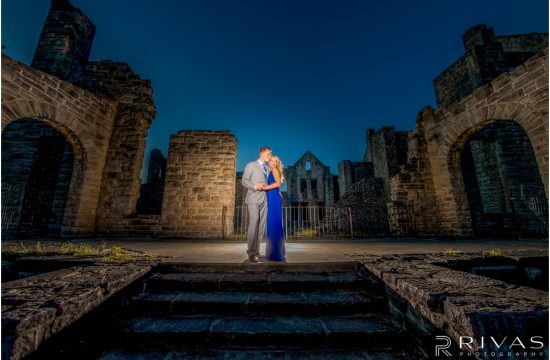